Speaking shortly after signing for Chelsea, Jorginho mused: “There are a lot of things behind a negotiation process.”

He should certainly know, as the midfielder was involved in the most convoluted and controversial transfer of the summer.

At the start of July, Jorginho seemed certain to join Manchester City for £50 million ($64m).

Pep Guardiola was a long-time admirer of the midfield metronome, believing him to be the ideal replacement for Fernandinho, and the Brazil-born Italy international was keen to work with the Catalan.

Indeed, City had finalised personal terms with Jorginho and his agent, Joao Santos, before the end of last season.

Thus, when the Premier League champions then agreed a fee with Napoli in June, Jorginho’s move to Manchester appeared little more than a formality.

However, all the while, Chelsea were embroiled in a very messy divorce with former manager Antonio Conte, thus holding up their appointment of Maurizio Sarri as his successor.

Even when the Blues were in a position to proceed, the Sarri deal was held up by his former employer, Napoli president Aurelio De Laurentiis, who was demanding €8m (£7m/$9m) compensation for the loss of the Tuscan tactician.

It is at this point that two sides emerge to the very same story. 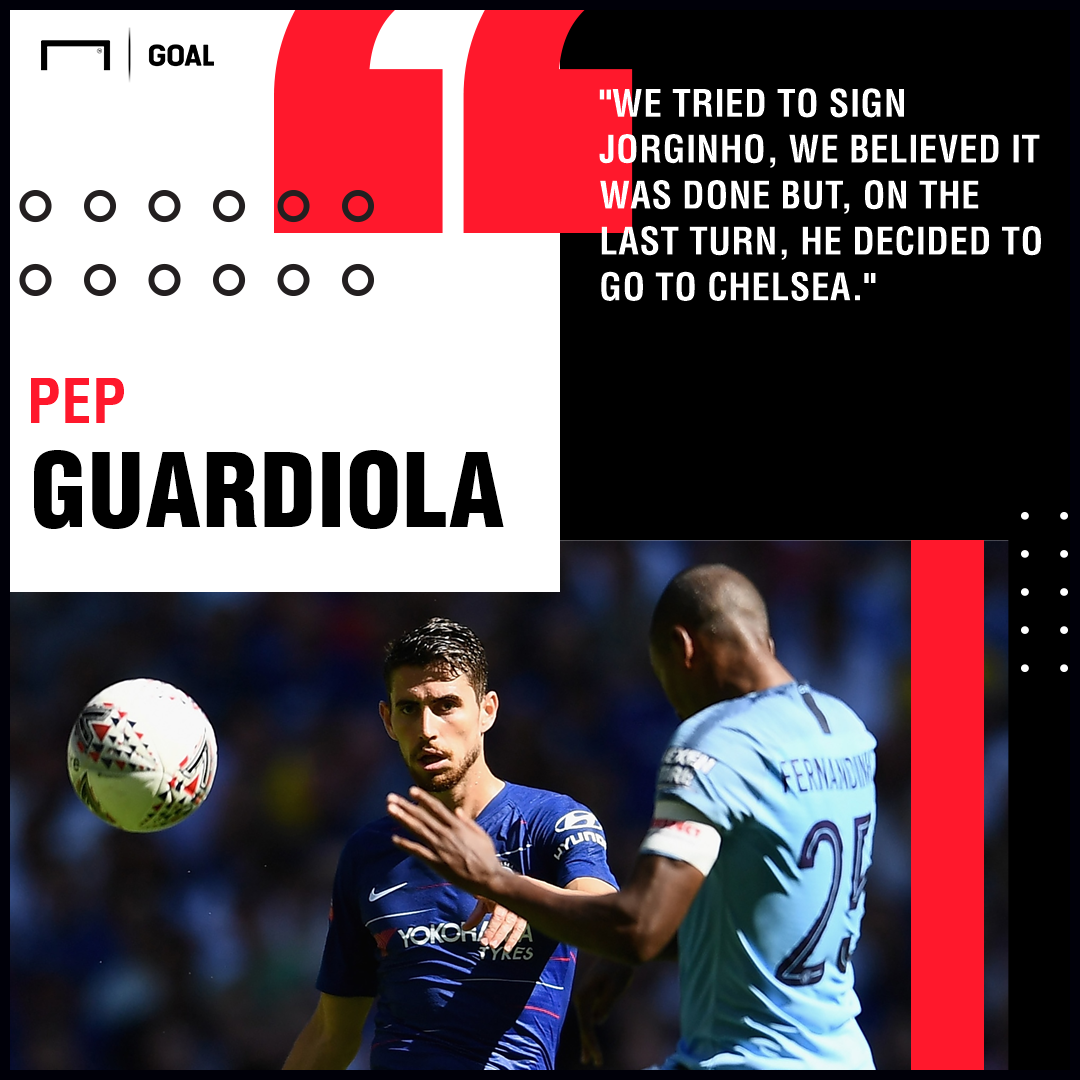 According to City, Napoli and De Laurentiis reneged on their previous agreement because the film producer had brokered an improved deal with Chelsea for Jorginho that essentially included the compensation he was seeking for Sarri’s move to Stamford Bridge.

City also claimed that Jorginho was then “bullied” into following his former Napoli boss to west London by De Laurentiis, with the player allegedly told that he would not be allowed to join anyone other than Chelsea; refuse, and he would be forced to see out the remaining two years of his contract at the San Paolo.

Although he acknowledged that a deal had been reached with City “a fortnight” previously and that City were due an apology, he insisted that Jorginho was responsible for the dramatic U-turn.

“The player prefers London to Manchester and I can understand him,” he told reporters at a press conference called to officially unveil Carlo Ancelotti as Napoli’s new coach.

“Chelsea are going to pay him more and I can’t do anything about it.

The pair turning up at Stamford Bridge together also undermined Joao Santos’ assertion that the situation had only changed “after Sarri arrived” at Chelsea. 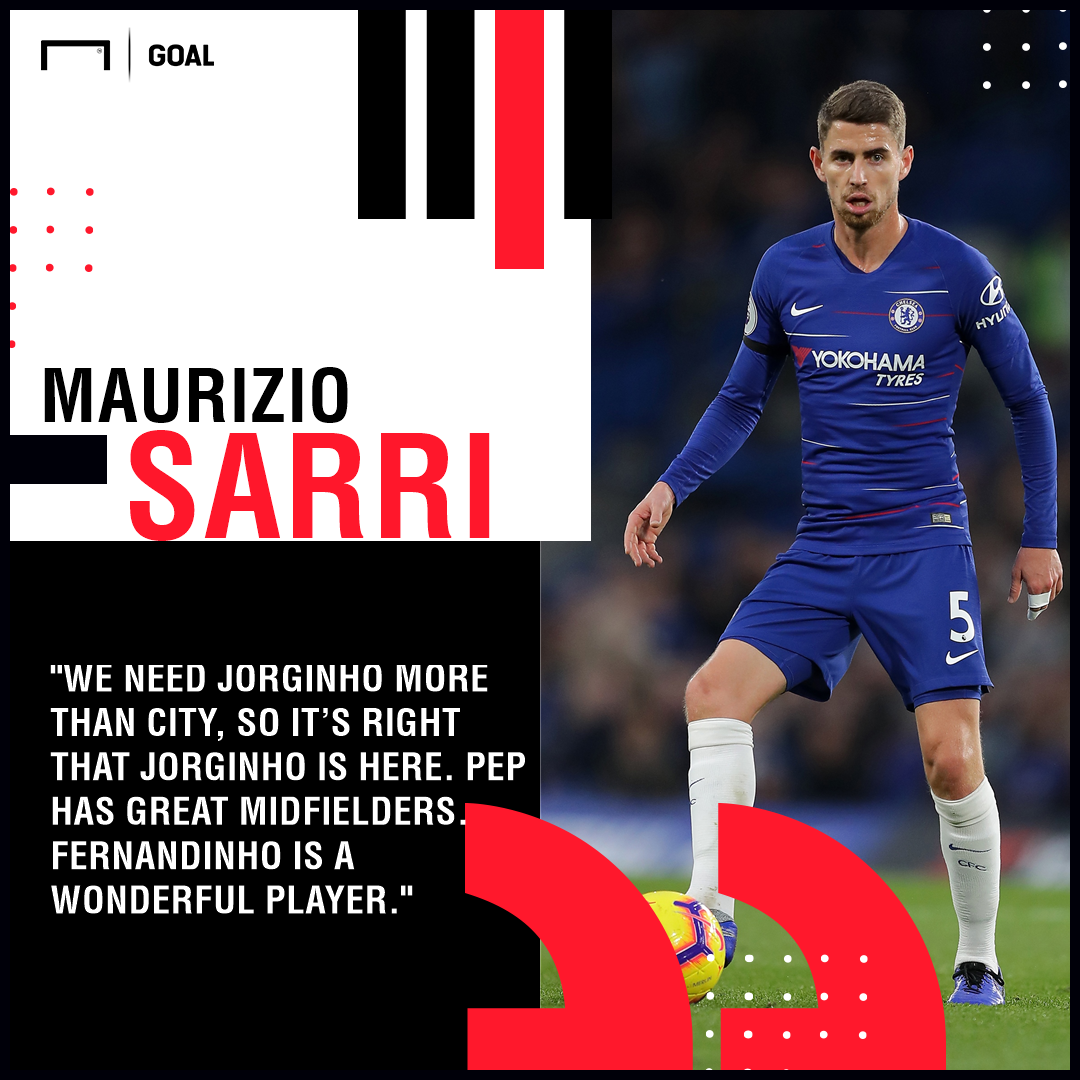 Jorginho, though, insisted that “Sarri’s arrival played a big part” in his decision before adding that “there’s also the greatness of Chelsea; such a big club. So, all of these factors helped me make up my mind.”

Sarri was certainly delighted to have landed the man who made his Napoli team tick, even joking that his friend Guardiola could afford to do without the 26-year-old playmaker.

“We need Jorginho more than City, so it’s right that Jorginho is here,” the Italian quipped. “Pep has great midfielders. Fernandinho is a wonderful player.”

However, having already lost both Fred and Alexis Sanchez to Manchester United earlier in the year, City were unsurprisingly enraged by what they perceived as “an unprecedented lack of professionalism” on the part of De Laurentiis.

When it came to discussing the matter in public, though, Guardiola remained diplomatic.

“We tried to sign him, we believed it was done but, on the last turn, he decided to go to Chelsea.”

And perhaps we will never know for sure precisely why Jorginho elected to do so. After all, there are a lot of things behind a negotiation process.