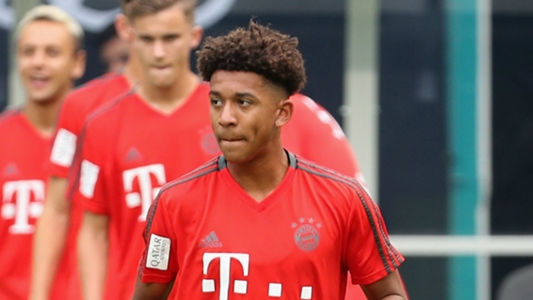 One year ago Chris Richards was still just a kid from Alabama dreaming about a professional soccer career. Now Richards is on the verge of being the subject of a seven-figure transfer to one of the biggest clubs in the world.

FC Dallas and Bayern Munich are putting the finishing touches of a transfer that would keep the 18-year-old with Bayern, the club he joined on loan in the summer.

Sources tell Goal the transfer would be a $1.25 million deal, making him the latest American teenager to complete a move to Germany.

Richards joined Bayern’s U-19 team on loan but played for Bayern’s first team for the International Champions Cup in the summer.

Richards impressed then, earning playing time against the likes of Paris Saint Germain and Juventus in friendlies. He eventually joined the Bayern U-19s and established himself as a regular starter, making a strong impression with his ability to win aerial duels and his slick passing.

A former member of the Houston Texans youth academy, Richards joined FC Dallas’ academy a year ago, and earned a first-team contract in the spring. He established himself on the U.S. Under 20 national team and started in the semifinals and finals of the team’s recent Concacaf championships title triumph, including a starring role in the U.S. team’s 2-0 victory against Mexico.

Richards is the second player with MLS ties to sign with Bayern in 2018, with the club having completed the transfer for Canadian star and former Vancouver Whitecaps winger Alphonso Davies in July.

“When they told me there was an option to buy I was like ‘wow, I hope I can play well enough for them to even consider buying me,’” Richards told Goal in November. “Now it’s becoming a reality that they have a good chance of being able to buy me.”

Richards is the latest American teenager to make the move to Germany, joining U.S. Under-20 teammates Sebastian Soto and Chris Gloster (Hannover 96), Alex Mendez (SC Freiburg) and Brady Scott (FC Cologne), as well as USMNT midfielder Tyler Adams, who recently completed his transfer to RB Leipzig, and Josh Sargent, who will make his first appearance in the squad with Werder Bremen’s first team on Friday.