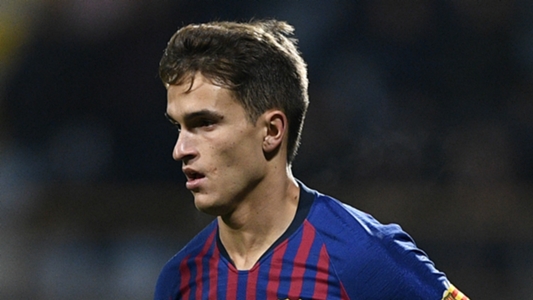 Denis Suarez has admitted he is not happy at Barcelona amid his lack of playing time this season.

The midfielder scored twice as Barca beat Cultural Leonesa 4-1 in the Copa del Rey on Wednesday, but it was just his third appearance for Ernesto Valverde’s side in all competitions this season.

Chelsea and Napoli have been linked with January moves for the 24-year-old, whose contract expires in 2020, and he has made clear that his situation at Camp Nou must change soon if he is to stay.

“The coach said that the Lenoesa game was a test for those who do not play regularly, so we will see on Saturday if I have passed,” he told reporters.

The midweek match also included an impressive performance from 19-year-old youth academy graduate Riqui Puig, who came on for his first-team debut and set Suarez up for his second goal of the night.

And the Spain international says the youngster is proof that the Catalan side do not need to go out and spend big to recruit their next midfield heroes.

“It is not necessary to go and look for players outside with the level and the quality that exists in reserve,” he said.

Suarez returned to Barcelona from Villarreal in 2016 and has since made 66 appearances for the club in all competitions.