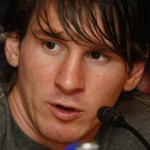 “The Premier League have not seen it yet but Jonas is one of the best players in the league. I know you guys have Rooney, Fabregas, Torres and many more stars – but Jonas is as good as any of them. I am backing him to show it this season. Maradona calls him one of the three most important players in the Argentina squad and I think he is right – that is how good he is.

“It takes time for a player to adjust to a new country and he has now been there long enough to show his true form. By the end of the season I would expect the very best teams in Europe to be trying to sign him. But he told me during the World Cup that, as long as Newcastle stay in the top-flight, he would like to finish his career there.” 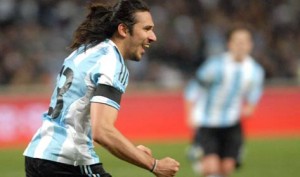 “I would expect the Spider-Man mask to be out quite a few times this season but his real talent comes in creating goals. He is a fantastic winger, can beat players with ease and is a fantastic crosser of the ball. If Newcastle have one or two good target men, I think they can have a really good season because Jonas will create a lot of chances for the strikers.

“He can fire Newcastle to a top-six finish and win the player of the season award above names like Rooney.”