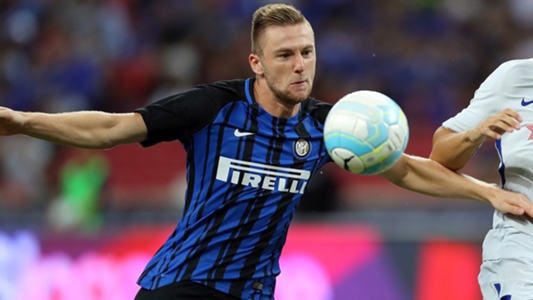 Inter defender Milan Skriniar claims he was misquoted in a recent interview and is adamant he has never said he wants to leave the Serie A club.

Skriniar only joined Inter in July, signing for a reported €23 million fee after the Slovakian’s impressive first full season in Italy with Sampdoria.

But he has continued to attract interest from other big clubs after a seamless transition to life with the Nerazzurri, catching the eye having played every minute of the club’s Serie A campaign.

The 23-year-old addressed the links in a recent interview with a Slovakian media outlet, appearing to flirt with Real Madrid, Barcelona, Manchester United and Manchester City, naming all four as potential future destinations.

Skriniar was also cited as saying “an incredible offer” came in during the January transfer window, hinting that he would be willing to leave Inter.

But he claims his comments have been mistranslated and assured he is in no rush to leave San Siro, where he feels it is an “honour” to play.

Taking to his official Instagram account, Skriniar wrote: “I never thought or said that I wanted to leave Inter.

“It is an honour for me to be here! I don’t know who translated the words from Slovakian, but they didn’t do it very well.”