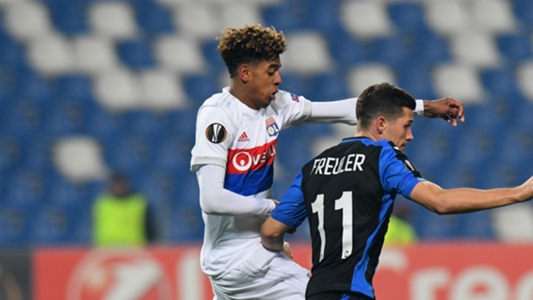 Lyon president Jean-Michel Aulas has told Monaco he would expect in excess of €70 million to secure wonderkid Willem Geubbels.

The 16-year-old forward was the subject of remarkable public statement from both clubs this week, with Monaco forced to deny allegations of previous transfer impropriety made by their Ligue 1 counterparts, relating to the signing of Rachid Ghezzal.

The reigning champions also confirmed their interest in Geubbels, whose youth terms at Lyon run until the end of next season.

He has rejected a long-term professional contract with the club, however, and leading clubs across Europe are reportedly on high alert. Chelsea, Arsenal, Barcelona, Bayern Munich and RB Leipzig will offer stern competition to Monaco for the young forward.

Leonardo Jardim’s men signed another 16-year-old forward, Pietro Pellegri from Genoa, for €25m in January and Aulas feels that deal sets a precedent.

“They have just cashed €300m or €400m, so they will pay for Geubbels,” Aulas told L’Equipe, alluding to the cash Monaco recouped from the sales of Kylian Mbappe – whose loan move to Paris Saint-Germain will become permanent for a €180m fee at the end of the season –  Bernardo Silva, Benjamin Mendy and Tiemoue Bakayoko over the past year.

“If Willem thinks he can have a better career in Monaco than Lyon… Monaco bought Pietro Pellegri for €25m. We will not make gifts

“In any case, we try to have people with ethics. My biggest regret is never to have seen Willem alone, I’ll talk to him about it directly.

“It is the end of his contract in 2019. If Monaco makes an offer of €70m we will be disappointed because we believe [in Geubbels] a lot. We are reassured by his valuation.”