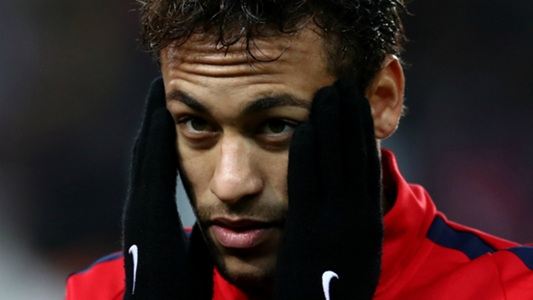 Neymar’s future lies at Paris Saint-Germain and stories linking the forward with a move to Real Madrid are a “media game”, according to Javier Pastore.

The Brazilian is reportedly unhappy in the French capital and ready to leave PSG a single season after becoming the world’s most expensive player.

A return to Barcelona has also been touted for Neymar – who is recovering from a fractured foot – a year after he left Camp Nou in a €222million transfer.

Pastore, however, echoed comments made in January by PSG team-mate Marquinhos, who said the press has manipulated stories linking Neymar and Madrid.

“I do not think he will leave,” Pastore told Spanish radio station Onda Cero. “I see it more as a media game than his real desire.

“When Neymar arrived he was very enthusiastic. This club is not Barcelona yet and it is not the same to play in Spain than in these [Ligue 1] stadiums.”

International break and all, the PSG squad was back in training today pic.twitter.com/mAYTVDqJuD
— Paris Saint-Germain (@PSG_English) March 21, 2018

While Pastore believes Neymar will be a PSG player next season, the Argentina international feels he will be on the move after playing a bit-part role under coach Unai Emery.

“My cycle in Paris is coming to an end, I realise,” Pastore added. “We will see for my future. I still have a year on my contract.

“I do not have clear ideas yet. I do not know how it will end. I will be focused on the end of the season, to finish this year well. You have to try to win the championship and the cups.

“Of course Spain is an option because of language and style of play.”

PSG team-mate Angel Di Maria has suggested there will be “big changes” at the club for next season, while full-back Thomas Meunier told reporters he expects Emery to depart.

And Pastore backed up his colleagues, with Emery under pressure after PSG lost to Madrid in the last 16 of the Champions League, although his side are on track for a domestic treble.

“I think it will be a season where there will be a lot of changes,” Pastore said. “This season, [sporting director Antero] Henrique came and he could not do what he wanted, he needed the time to know the team.

“There will be change. Many players have contracts that end, the club must start deciding what to do with these players.”