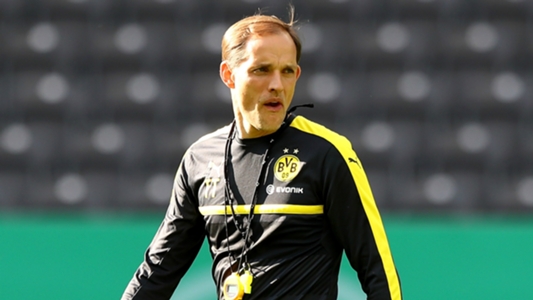 Bayern Munich CEO Karl-Heinz Rummenigge has confirmed the Bundesliga leaders will name Jupp Heynckes’ successor by the end of April, but former Borussia Dortmund head coach Thomas Tuchel is not in the running.

Heynckes stepped into the breach in October after Carlo Ancelotti had been sacked following an indifferent start to the campaign, his reign ending after defeat to Paris Saint-Germain in the Champions League.

Veteran coach Heynckes – in his fourth spell at Bayern – has steadied the ship and put Bayern one win away from a sixth successive title.

Saturday’s 6-0 thrashing of Dortmund means victory over Augsburg next weekend will secure top spot with five games to play.

Heynckes’ deal was always due to expire at the end of the campaign with a host of names – including Tuchel, Julian Nagelsmann and Jurgen Klopp – reportedly in the frame.

Bayern fans will not have to wait long to find out who will take the team forward, with Rummenigge saying an announcement is imminent.

“I’m working on the basis that we’ll present our new coach by the end of April at the latest,” he told Sky.

“But there’s no rush, we’re quite relaxed. We’ve already hired coaches just a few days before the start of training. The credential is: we want a German-speaking coach. And that’s how it’ll be.”

It will not be Tuchel, though, after Rummenigge revealed the former Dortmund coach has already agreed a deal with an unnamed club.

He added: “Our sporting director, Hasan Salihamidzic, has held talks with coaches — that’s his job — and among them was Tuchel.

“Last Friday, Thomas Tuchel told us that he’s signed with another club. One has to accept that, but it’s not a problem for us.”

Tuchel has been linked to Arsenal recently, but is also a favourite to take over at Paris Saint-Germain, who are expected to sack Unai Emery at the end of the season.