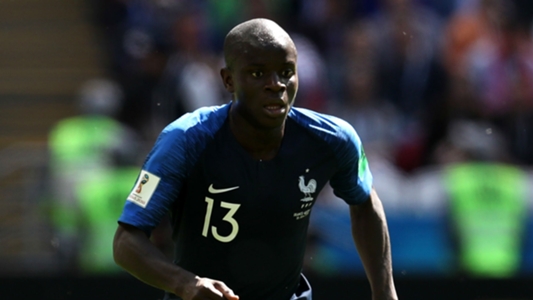 N’Golo Kante is paying little attention to talk of a possible summer switch to Paris Saint-Germain, with the Chelsea midfielder the latest man to have sparked exit speculation at Stamford Bridge.

Having helped Leicester and the Blues to back-to-back Premier League title successes, the 27-year-old was brought back down to earth with a bump last season alongside a number of team-mates in west London.

Chelsea did counter their failure to secure a top-four finish with FA Cup success, but uncertainty reigns when it comes to the respective futures of several high-profile figures.

Head coach Antonio Conte continues to be linked with a move elsewhere, while the likes of Alvaro Morata, Thibaut Courtois, Eden Hazard and now Kante have sparked transfer rumours.

The latter is, however, fully focused on World Cup duty with France for now, telling reporters when quizzed on the PSG links: “I am not concerned with all that.

“Today, I am at Chelsea, and today I am currently living and playing in the World Cup, that is what comes first.

“I am not paying attention to what is being said on the club side of things at the moment.”

Kante played the full 90 minutes for France in their Russia 2018 opener against Australia, with Les Bleus battling their way to a 2-1 win.

He linked up with his international colleagues having figured in 34 of Chelsea’s Premier League fixtures last season and 48 games in total.