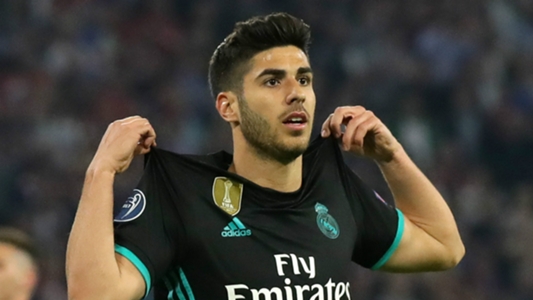 Manchester United, Chelsea and Paris Saint-Germain are set to battle it out for Real Madrid forward Marco Asensio, according to  El Gol Digital.

The Spain international is keen to stay at Santiago Bernabeu but wants assurances of his playing time from new Madrid manager Julen Lopetegui.

And should he not get the answer he wants from the former Spain boss then he could look to depart the Spanish capital.

Maurizio Sarri wants to make Dries Mertens his first signing as Chelsea manager, according to the Daily Mirror .

The former Napoli boss is closing in on a move to take over the Blues, and wants the 31-year-old to come to London along with him.

Mertens scored 22 goals under Sarri last season, as Napoli finished runners-up to Juventus in Serie A.

De Gea to be best-paid keeper

The Spain international is poised to pen a new five-year deal at Old Trafford which will end renewed talk of interest from Real Madrid.

Jack Wilshere has announced that he will leave Arsenal after 17 years, despite having agreed to sign a new contract on reduced terms.

In a message on Instagram, the 26-year-old confirmed that new manager Unai Emery had told him he wouldn’t be guaranteed consistent playing time should he stay with the Gunners.

Wilshere is set to become a free agent, with plenty of interest in the Premier League and Italy in the midfielder’s services.

Serie A giants in for Grujic

Cardiff City remain the frontrunners to take the Serbia international on loan having spent the second half of last season with the Bluebirds.

But there is now interest from Italy while Fulham are also monitoring his situation.

Arsenal have completed the signing of Bernd Leno from Bayer Leverkusen for €22 million (£19.2m/$25m).

The 26-year-old goalkeeper is expected to replace Petr Cech as the Gunners starter next season.

Leno has been capped six times by Germany, but failed to make his country’s World Cup squad this summer.

The Germany international is currently away on World Cup duty, but the Premier League champions are preparing to step up their efforts to bring him to England.

The Chelsea star has been linked with a move to the Santiago Bernabeu for some time, making no secret of his desire to return to Spain, and the Belgium international may be on the move this summer.

Geubbels is one of the brightest prospects in Europe, having already made his senior debut for Lyon in the 2017-18 season.

The France Under-17 international also became the youngest player to ever appear in the Europa League last season.

Arsenal boss Unai Emery has told right-back Hector Bellerin he is one of five “untouchable” players the Gunners will keep at any cost, reports the Mirror .

Bellerin has been linked with a move to Manchester United, Juventus and Barcelona, but Emery views the 23-year-old as a vital piece in his side.

West Ham have announced the signing of centre-back Issa Diop from Toulouse for a reported £22 million (€25m/$29m) fee.

The 21-year-old has become the club’s record signing after impressing in Ligue 1 and with the France U-21 side.

West Ham beat a host of European clubs to Diop’s signature, with Everton and Sevilla reported to be interested.

Crystal Palace will offer star Wilfried Zaha a new contract to keep him away from interested Premier League clubs, reports the Mirror .

Tottenham are leading a host of clubs hoping to land the 25-year-old, who only just signed a new contract at Selhurst Park last summer.