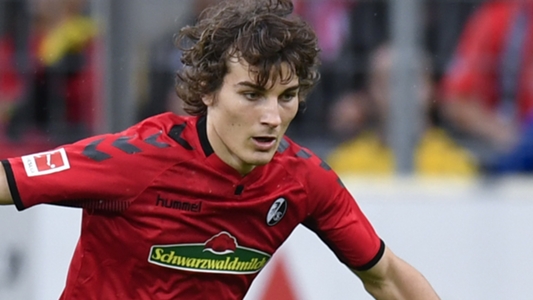 Turkey international Caglar Soyuncu would be keen on a switch to Arsenal, amid reports that new Gunners boss Unai Emery is eyeing his services.

Emery has already made two additions to his Arsenal squad, signing Stephan Lichtsteiner on a free transfer from Juventus and capturing Germany goalkeeper Bernd Leno from Bayer Leverkusen.

Freiburg defender Soyuncu – who has started 49 Bundesliga matches since moving to Germany in 2016 – has emerged as another potential recruit, and a move to the Premier League would interest the 22-year-old.

“I hope I go to Arsenal,” Soyuncu said, as reported by Gunes.

“I really want to play in the Premier League, but everything depends on the team. I have a contract [at Freiburg] for three more years.”

Soyuncu also revealed he has received proposals from a number of sides from Turkey, although he is not considering a return to his homeland.

“I received bids from some of the teams in Turkey,” he added.

“I would not be able to give the team a name, but I did not accept it. I do not think about playing in Turkey at the moment. I want to continue my career in Europe, but of course, we do not know what will happen in the future.

“One day I wear the uniform of a Turkish club, but this is not necessarily the time. My current goal is to achieve greater achievements in a larger team.”