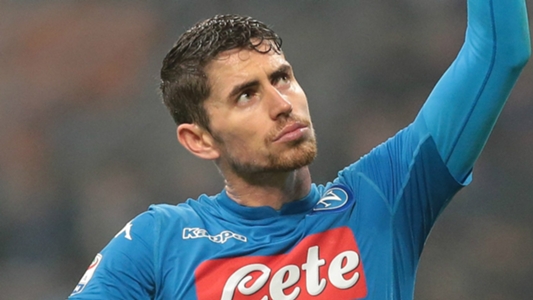 Manchester City are hopeful Italian international Jorginho will become their first summer signing, but board member Alberto Galassi says there’s still work to be done, before a deal is completed.

Goal reported on Wednesday that the 26-year-old is expected to join City from Napoli in the coming days for a €50 million ($66m) fee.

Jorginho and his agent are poised to finalise the move after a payment structure between City and Napoli was agreed earlier this week.

As revealed in May, City had already seen a bid of around £39m ($52m) rejected for Jorginho.

City had agreed personal terms with Jorginho many weeks ago, having identified him as their priority midfield target

Pep Guardiola has identified the midfielder as a replacement for Yaya Toure, but Galassi told Sky Sports Italia that negotiations are still on-going between the Premier League champions and Serie A runner-up.

“The club is interested, the player is also interested and Napoli is not opposed to the move,” he said.

“Having said that, there are still some things to sort out and it’s not done yet. It’s not an easy negotiation.”

Jorginho has made more than 130 appearances for Napoli since joining the club from Verona in 2014 and has earned eight caps for Italy.