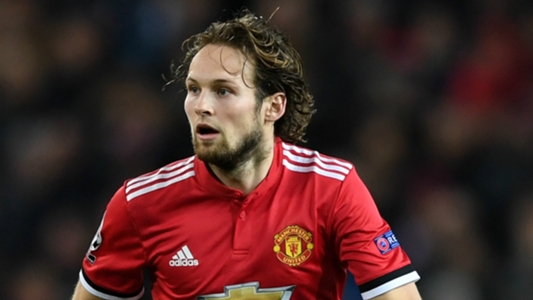 Manchester United are on the verge of agreeing to the sale of Daley Blind to Ajax for up to €21 million (£19m/$25m).

The Dutch side look set to part with an initial €16m (£14m/$19m), with the rest of the fee dependent on Blind’s form on his return to the Amsterdam ArenA.

United are keen to get the deal wrapped up sooner rather than later, and the versatile defender is set to miss the Red Devils’ flight to the USA on Sunday for their summer tour as he looks to tie up the move.

Blind started only four Premier League games last season, with three of those coming in the opening trio of fixtures and the remaining appearance being a full nine months later as Jose Mourinho chose a much-changed team for the final game against Watford ahead of the following week’s FA Cup final.

The 28-year-old has spent four years at Old Trafford after arriving from Ajax in August 2014, with Louis van Gaal initially utilising him in his favoured central midfield role. But he was then shifted to a regular centre-back spot in 2015-16 under Van Gaal and has failed to find a settled position in the United line-up since Mourinho’s arrival in the summer of 2016.

Mourinho insisted in May that his desire was to keep both Blind and Matteo Darmian at the club amidst extensive interest, but the manager did add that the club was open to offers.

“When a player wants to go, if that’s the case, when the right offers arrive in the club we study that because we always try to have the players happy,” he told a press conference.

“So, if happiness means for them to leave, let’s see what happens, but they are in my plans. I don’t want to sell [them], I want to keep [them].”

But Blind now looks destined to return to Amsterdam, with United satisfied at having negotiated a deal which will see them make a profit on the £14m they spent in 2014 on the 54-cap Netherlands international.