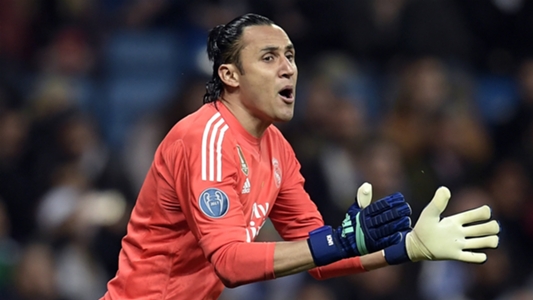 As Real Madrid prepare a swoop for Chelsea star Thibaut Courtois, Keylor Navas finds himself in a familiar, uncertain situation.

Ever since the goalkeeper succeeded Iker Casillas as Madrid’s No.1, his place has been on a shaky peg as the club have constantly been linked to bigger names.

The Costa Rica international saw off the near-signing of David de Gea from Manchester United and went on to play a key role in their incredible run of three straight Champions League titles.

Despite his latest success with Los Blancos and their signing of Andriy Lunin from Zorya, Madrid are hoping to strengthen even further by luring Courtois, though they will have to wait a while.

And the Belgian’s winks to the Spanish giants have only enhanced expectation that he is heading for the Santiago Bernabeu, putting Navas’ place in further doubt.

On Thursday, Navas made an unusual post on Instagram that could be a hint that he is saying farewell to Madrid fans after four years there.

The 31-year-old shared a video that showed the club lifting the three Champions League trophies followed by a display of all of the trophies he has won since joining from Levante in 2014.

If it is not a cryptic farewell message to supporters, it could be a reminder to new coach Julen Lopetegui and the club’s hierarchy that he has shown his worth after 141 appearances.