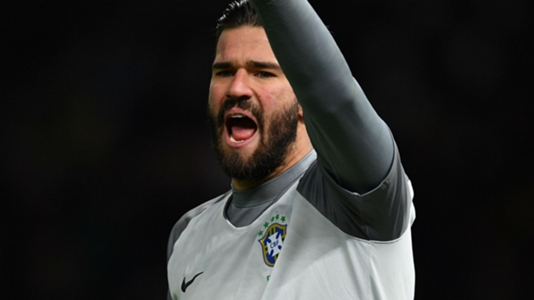 Alisson’s arrival on Merseyside was confirmed on Thursday for a world-record fee for a goalkeeper that could rise to £65 million (€73m/$85m).

The 25-year-old shared a dressing room with Salah at the Stadio Olimpico during the 2016-17 campaign before the Egypt international departed for Liverpool, where he was a revelation last season.

And Alisson says Salah made contact when speculation grew over a potential move.

“We didn’t have that much contact after he left Roma,” Alisson told Liverpool’s official website. “We met again in the game when we were up against each other [in the Champions League in April]..

“Yesterday, he sent me a message saying: ‘Hey, what are you waiting for?’ As the negotiations were at an advanced stage, I replied to him straight away saying: ‘Calm down, I’m on my way!’

“I’m really happy to have the opportunity to play alongside him again. As well as being a great player, he is a huge character and a great person – which is the most important thing.

“To be with these great people and players day to day is fantastic for me.”