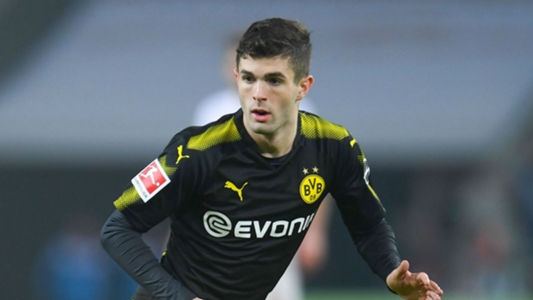 Jurgen Klopp has admitted that he is a big fan of U.S. national team and Borussia Dortmund star Christian Pulisic, but played down a possible move for the teenager.

Pulisic has been consistently linked with a move to Anfield to play under Klopp, who was with the Bundesliga side when the winger was making his way through the youth ranks.

And while Klopp believes the future is bright for Pulisic, he doesn’t seem to believe the time is right to make a move for one of BVB’s top prospects.

“He has a contract at Dortmund, no? That’s the first problem,” Klopp told a press conference

“I like Christian, I’ve known him since he was a kid. He’s still not really old, he’s a fantastic player, and it’s deserved people think highly of him in America.

“In Germany it’s the same. If he wants to play in England or whatever one day then for sure he has the chance to do so but he’s at a really good club for his development at this moment.

“It’s really good to be at a club where they know him already.”

While Pulisic has made a name for himself in both Germany and the USA, he struggled in the second half of the season with Dortmund.

But Klopp says he thinks the 19-year-old is at a great place to continue his development, and wouldn’t rule out a future move for the Hershey, Pennsylvania native.

“He had not his best season last year but he was still a decisive player. But it’s important in that age group that there’s no rush.

“He still has 14 or 15 years to play in his career and that’s good and he wants to be the best Pulisic he can be. For this, there is still space for development.

“I like him, it’s not that that could be the problem, but we respect contracts still and there’s no market I know about at the moment. We did our business and Dortmund are doing theirs. All good.”

Klopp and Liverpool will face off with Pulisic and Dortmund on Sunday in the International Champions Cup.