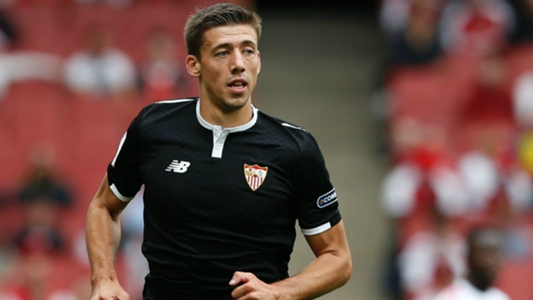 New Barcelona signing Clement Lenglet has admitted he is happy he will no longer have to play against Lionel Messi and the Spanish heavyweights.

The 23-year-old completed a €36 million (£32m/$42m)  to Barcelona earlier this month and will add defensive depth to the Catalan giants.

Lenglet joins Dani Alves, Seydou Keita and Adriano in crossing from Sevilla to the current La Liga champions in recent years, and is pleased to now be playing on the same team as stars such as Messi.

“I am really happy to be here, because I don’t have to play against them now,” he joked to Barca TV.

“Messi is the best in the world. He dominates games easily and can score at any moment from wherever he wants.

“If you have some luck, you can stop him a little bit, but then someone else catches you out.”

The French defender is hopeful he can adapt quickly to life at Camp Nou, and believes the quality of player in Barcelona’s squad should ease that transition.

“When you play with good players, the adaption is a little bit easier and here every player is at the top level,” he said.

“Barça’s philosophy is to bring the ball out from the back and it’s the only club in the world that plays this way. Everyone has told me how incredible the city is, too, and that when you sign for Barça you never want to leave.”

Lenglet should feature for Barcelona in their pre-season tour of America, with many of their stars still on holiday after the World Cup.