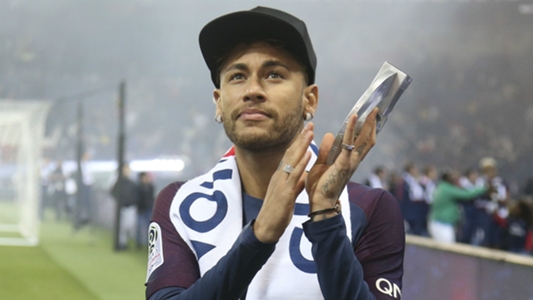 Neymar has affirmed he will not be leaving Paris Saint-Germain to become Cristiano Ronaldo’s successor at Real Madrid, as he wished the striker ‘good luck’ at Juventus.

The Brazil star has been constantly linked with a move to the Santiago Bernabeu despite sealing a world-record transfer to France less than 12 months ago.

Those rumours have only increased since Ronaldo’s sensational move to Serie A, with both he and PSG team-mate Kylian Mbappe as possible heirs to the record-breaking striker.

But Neymar affirmed on Saturday that he was “100 per cent staying” at Parc des Princes, and hopes his old foe can succeed in Italy.

“I wish him good luck and all the best in this new phase [in his career],” he said to reporters from Sao Paulo’s Praia Grande, where he has organised and is participating in a neighbourhood football tournament to help at-risk youths.

The forward has suffered widespread criticism for his conduct during the World Cup, facing accusations that he goes to ground too easily.

But he insisted that the jibes had no effect on him.

“I am used to it. I know what they say about me, and I know what I have to about it,” he fired.

“But those who come a little closer to me know about all the difficulties that being Neymar entails.”

Neymar, who missed the last three months of PSG’s season with a metatarsal injury, was absent on post-World Cup leave for his club’s first International Champions Cup runout on Saturday.

Without the Brazilian, Mbappe or Edinson Cavani Thomas Tuchel’s men fell 3-1 to Bayern Munich, despite taking the lead through Timothy Weah.