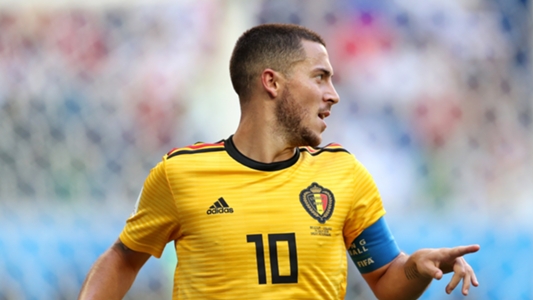 Chelsea have made it clear to Real Madrid that they won’t be bullied into selling Eden Hazard, according to the Mirror .

The Blues are adamant that even a massive £170 million ($223m) offer would not be enough to lure their star man away.

Hazard has two years left on his deal, and despite the player hinting that it might be time to move on the club are adamant that they will not be forced into letting him leave.

Manchester United are ready to trigger a one-year option on Anthony Martial’s contract, even if the French forward pushes for a move away, the Manchester Evening News reports.

The 22-year-old has been frustrated by a lack of playing time at Old Trafford, with his agent saying last month that he was ready to leave the club.

But United do not want to sell this summer, and it is unlikely that they will receive an offer that tempts them to let the forward leave.

Everton’s record £50 million ($66m) fee for Brazilian star Richarlison includes a deal to make peace with Watford over new boss Marco Silva, according to the Mirror.

Silva was sacked last year after a poor run of form coming soon after Everton’s approach for the manager, which caused a rift between the two sides as Watford filed a complaint to the Premier League.

As such, Everton are willing to pay an inflated price for the Brazilian to bring a resolution to the issues surrounding Silva.

Manchester United are nearing a deal to snap up Rochdale teenager Daniel Adshead, the Mirror claims.

The 17-year-old is being watched by a number of Premier League clubs, but impressed in a closed training session with Man United’s U23s and is nearing a £1 million move to join Jose Mourinho’s side.

Jurgen Klopp has admitted that he is a big fan of U.S. national team and Borussia Dortmund star Christian Pulisic, but played down a possible move for the teenager.

Pulisic has been consistently linked with a move to Anfield to play under Klopp, who was with the Bundesliga side when the winger was making his way through the youth ranks.

And while Klopp believes the future is bright for Pulisic, he doesn’t seem to believe the time is right to make a move for one of BVB’s top prospects.

De Laurentiis replaced Sarri with Carlo Ancelotti at the end of last season, a punishment for taking too long to make his mind up about his future.

Read his full comments on Goal!

West Ham have had a £20 million bid for Domagoj Vida rejected by Besiktas, according to Turkish outlet Aksam (via Sport Witness ).

The Turkish side will hold out for around £23m for the Croatia star, who is also drawing looks from Everton and Liverpool

The Gunners have already landed one goalkeeper this summer in Bernd Leno, but Unai Emery wants to continue to add pieces to his squad ahead of the new season.

Neymar has affirmed he will not be leaving Paris Saint-Germain to become Cristiano Ronaldo’s successor at Real Madrid, as he wished the striker ‘good luck’ at Juventus.

The Brazil star has been constantly linked with a move to the Santiago Bernabeu despite sealing a world-record transfer to France less than 12 months ago.

Read his comments on Goal !

Roma are considering a move for Petr Cech to replace departed goalkeeper Alisson, The Sun reports.

Roma’s sporting director Monchi believes the club could use some experience at the back and thinks the Arsenal goalkeeper would be a great option to bring a calming influence to his young defence.

Barcelona have made a bid worth over £55 million ($72m) for Chelsea star Willian, according to  Sky Sports .

The Spanish champions have improved on their previous two bids as they look to lure the Brazil international to Camp Nou.

Barca and Chelsea are still in talks over a potential deal for Willian, who had previously been linked with a move to Manchester United.

The Red Devils remain in the market for reinforcements at centre-half and consider a man who impressed for England at World Cup 2018 to be an ideal addition.