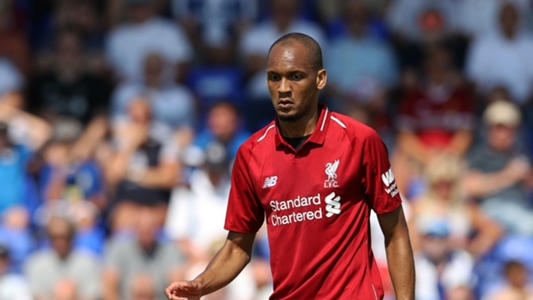 Fabinho maintains that Manchester United were never an option for him, with his full focus now locked on Liverpool.

Having seen his efforts at Monaco generate plenty of interest from afar, the versatile Brazilian found himself registering on transfer radars across Europe.

A potential switch to Old Trafford was mooted at one stage, with Jose Mourinho reported to be keen on acquiring a proven performer capable of filling right-back and central midfield berths.

Talk of big-money bids did the rounds for some time, forcing Monaco to state that they had no intention of parting with a prized asset.

Fabinho, though, insists that he did not receive an offer from United, with it never a case of the Red Devils being knocked back.

The 24-year-old, who completed a switch to Liverpool this summer, told Sky Sports: “Manchester never showed any formal interest, they never made me an offer at all.

“Maybe there was some interest or a conversation but it’s not a case of Monaco not letting me go to Manchester United or denying me the move, nothing ever really materialised.”

With the Red Devils having gone on to explore other options, the path was cleared for Fabinho to head for Merseyside.

A move to Anfield came out of the blue back in May, with Jurgen Klopp having moved quickly to fend off rival interest in a highly-rated talent.

He was to be the first arrival in an elaborate recruitment drive by the Reds, with Naby Keita, Alisson and Xherdan Shaqiri joining him in Klopp’s squad.

Fabinho is now looking to offer frustration to United in the 2018-19 campaign, with Liverpool heavily fancied to provide the greatest competition to reigning champions Manchester City in the battle for Premier League supremacy.