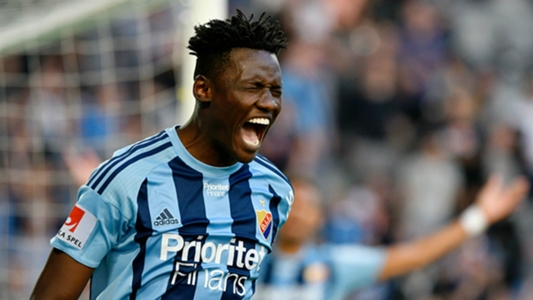 The towering striker has penned a three-year-deal move to Japan’s top division side Kashiwa Reysol. The deal is worth about Sh300m and will see him pocket Sh15m per month.

Several clubs in Europe were in the race to sign the former Gor Mahia striker but he opted to try out the Japanese league and end his short stay in China with Guizhou Zhicheng. Olunga was on loan with Girona FC in La Liga last season.

Some of the teams that were fighting for Olunga’s signature include Turkish side Fenerbahce, Real Betis and Sociedad in Spain and Manchester City.

Olunga began his career with the Liberty Sports Academy in the Nairobi County League. He scored 32 goals for the side during the 2012 season, helping them finish the season unbeaten and earn promotion to the Nairobi Provincial League.

He made headlines when he scored seven goals in a single match helping his team to a 8–0 win. Initially reported to be attending trials in France, Olunga signed for Kenyan Premier League side Tusker on a one-year loan deal from Liberty on 19 December 2012.

After finishing the 2013 season with two goals for Tusker, Olunga was loaned to fellow Premier League side Thika United for another year, before joining Gor Mahia at the beginning of the 2015 season.

He finished the season as the club’s top scorer in the league with 19 goals to help the side win a record 15th league title without losing a single match, including the second goal in a 2–0 win over Muhoroni Youth on their final league match of the season.

On September 1, 2017, Olunga was loaned out to La Liga side Girona FC, for one year and on January 13, he made his La Liga debut against Las Palmas scoring a hat-trick in the span of 22 minutes during a 6–0 win, becoming both the first Kenyan and first Girona player to score a hat-trick in La Liga.