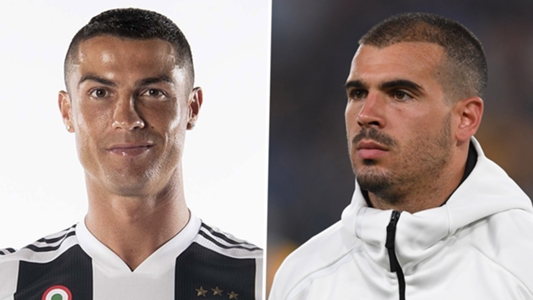 A possible transfer of Stefano Sturaro to Sporting CP from Juventus is gaining momentum – a move that Cristiano Ronaldo is helping to push towards fruition.

Goal  understands Ronaldo, his agent Jorge Mendes and former Sporting star Paulo Futre are behind the efforts to take Sturaro to the Portuguese club.

Talks are already under way for the midfielder to make a move to Portugal, to the team of Ronaldo’s youth.

The Portugal star spent five years at Sporting, playing 25 games with the senior team before making his move to Manchester United in 2003.

Sturaro had been strongly linked with a move to Premier League side Watford this summer, but that transfer failed to materialise before the close of the English transfer window.

However, while the window has shut in England, most other leagues still allow transfers until the end of August.

That means there is still a chance for Sturaro to find regular first-team football away from Turin.

Having joined Juve from Genoa in 2014, the 25-year-old has been on the fringes of the fold throughout his time with the Serie A champions.

He has, since being recalled from a loan spell back at Genoa in February 2015, made 90 appearances for the Bianconeri, but only once has he managed more than 20 outings in any given Italian top-flight campaign.

Sturaro still offered enough to earn a contract extension in December 2016, with that deal intended to take him through to 2021, but he could soon be heading to pastures new.

Ronaldo is a fan of a man with four Italy caps to his name and would like to see a talented performer benefit a former employer of his if there is no future alongside him at the Allianz Stadium.