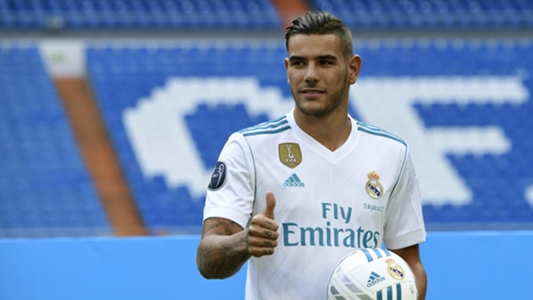 Real Madrid have sanctioned a season-long loan move for Theo Hernandez, with the Frenchman linking up with Real Sociedad.

The 20-year-old defender moved to the Santiago Bernabeu in the summer of 2017.

He penned a six-year contract with the Blancos after crossing the Spanish capital to join from Atletico.

Theo was always considered to be an addition with one eye on the future, with there plenty of potential still to be unlocked in his game.

Madrid hope his development will be aided by a stint with Sociedad, with La Liga rivals delighted to have taken the youngster for the 2018-19 campaign.

A statement released by the Basque club on their official website read: “Real Sociedad has reached an agreement with Real Madrid CF for the one-season loan of Theo Hernandez.

“An agreement has also been reached with the French player.

“The defender has passed the relevant medical reviews at Polyclinic Gipuzkoa. His official presentation will take place in the coming days.”

Theo spent his debut campaign at the Bernabeu as part of Zinedine Zidane’s senior squad.

He made 23 appearances in total, with 13 of those coming in La Liga.

Theo, who has represented France up to U20 level, will now be looking to take his game to greater heights during his time in Sociedad, allowing him to head back to his parent club a more rounded player.