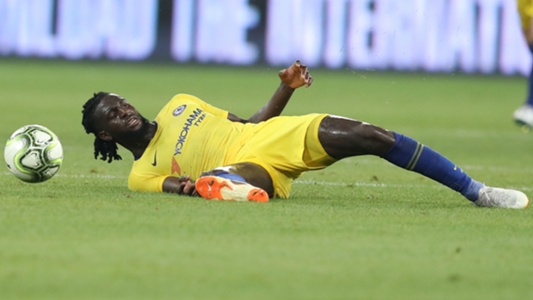 Tiemoue Bakayoko is heading out of Chelsea, Goal understands, with AC Milan set to acquire the midfielder on a loan agreement which will include a €35 million (£31m/$40m) purchase option.

The 23-year-old only moved to Stamford Bridge in the summer of 2017, with a £40 million ($51m) deal securing his signature from Monaco.

Antonio Conte turned to the France international after sanctioning the sale of Nemanja Matic to Manchester United.

Bakayoko was, however, to endure a testing debut campaign in English football, with questions asked of his suitability to life in the Premier League.

With Conte having now departed west London, new Blues boss Maurizio Sarri is looking to put his own stamp on a squad inherited from a fellow Italian.

He has deemed Bakayoko to be surplus to requirements, despite a desire from the player to remain on Chelsea’s books and try and play his way into form.

With Jorginho and Mateo Kovacic among those to have been signed by Chelsea over the summer, there is little chance for fringe figures to get a look in.

Bakayoko will, therefore, make a move to Italy over the coming days – with transfer windows still open across Europe.

It could be that he is joined in heading for the exits by Ruben Loftus-Cheek or Danny Drinkwater.

Both of the England internationals face a battle to impress Sarri, although neither is pushing for a switch elsewhere.

While it remains to be seen what the immediate future holds for that pair, Bakayoko must ready himself for a Serie A challenge.

If he impresses in the Italian top-flight, then it could be that a big-money deal in 2019 brings a largely forgettable spell with Chelsea to a close.