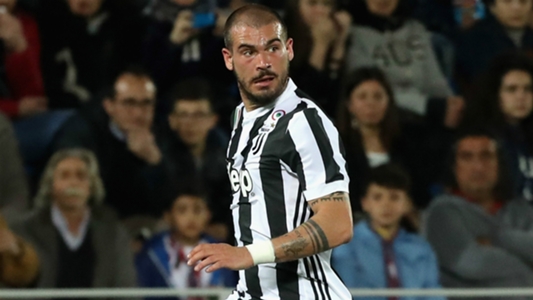 Stefano Sturaro has completed a season-long loan move from Juventus to Sporting CP, aided in part by Cristiano Ronaldo.

Goal recently revealed that Ronaldo, his agent, Jorge Mendes, and ex-Sporting star Paulo Futre all helped steer Sturaro to the Portuguese side.

Sturaro’s own agent, Carlo Volpi also said on Friday: “For sure Ronaldo’s words have been decisive!”

The midfielder is expected to stay in Turin while he recovers from a minor injury before heading to Portugal for the 2018-19 season.

Thank you and good luck @sturaro_stefano!

“Thank you for your years of service Stefano and good luck!” Juve said via an official statement.

Sturaro signed for Juve in 2015 from Genoa and went on to make 90 appearances in all competitions, scoring three goals.

The player had been linked with a move to Premier League side Watford in the summer, but nothing came of it before the end of the English window.

The 25-year-old has won four domestic doubles and the Supercoppa Italiana so far during his time in Turin.