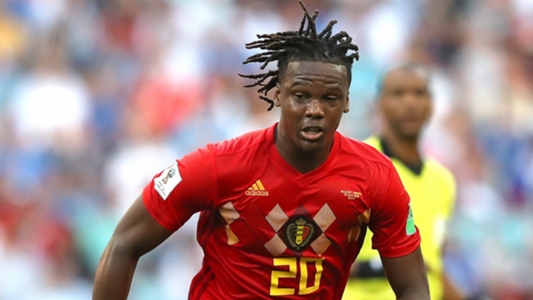 The agent of Belgium international Dedryck Boyata has hit out at Celtic for turning down transfer offers from Fulham, Olympiakos and Fenerbahce.

The 27-year-old is in an apparent deadlock with the Scottish club after returning back from World Cup duty, with Jacques Lichtenstein angry at the Hoops’ treatment of his player.

Indeed, he has hit out at them for failing to make the centre-back a “dignified” contract offer.

“Previously there was interest from Fulham, Olympiakos and Fenerbahce,” Lichtenstein said.

“Offers of £7 million ($9m) and £8m – but apparently Celtic are financially strong enough not to go into that.

“It’s strange, because on the other hand, the club apparently does not have the money to make Dedryck a dignified new contract proposal.”

This attack is the latest in the line of bad news that Celtic have endured over the course of the last week, in which their Champions League hopes were dealt a blow as they were held to a 1-1 third-qualifying round draw at home by AEK Athens.

And ahead of the return leg in Greece, they were stunned 1-0 in the Scottish Premiership by Hearts, with Kyle Lafferty’s goal the difference between the sides.

Manager Brendan Rodgers has also criticised the board for failing to secure the signature of John McGinn from Hibs, with the Scotland international instead moving to Aston Villa.

However, it seems that striker Moussa Dembele will have recovered from a hamstring injury quickly enough to feature in Athens.