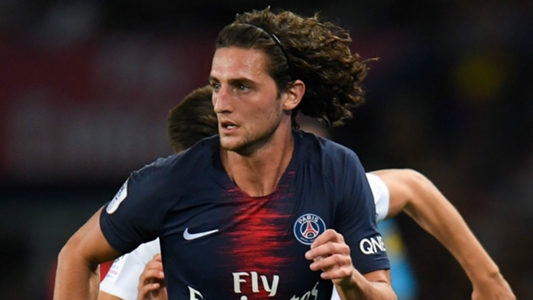 Thomas Tuchel is unsure of Adrien Rabiot’s future at Paris Saint-Germain amid reports the midfielder has rejected a new contract.

The France international, who refused to be on his country’s standby list for the World Cup, scored the second goal in a 3-0 Ligue 1 opening weekend win at home to Caen on Sunday.

But with Rabiot being linked with a move to La Liga champions Barcelona, Sunday’s game at the Parc des Princes could have been his last PSG appearance.

Tuchel hopes to keep Rabiot at the club but told Canal Plus : “I’m not certain he will stay. I want him to stay but it’s up to him.

“He has great potential and can improve even further. He can become a top player but has to stay with us.”

Although Rabiot may be on his way out of PSG, the club’s next looks set to be Thilo Kehrer, with Schalke having confirmed the 21-year-old is on the verge of joining Tuchel’s side.

PSG are reportedly set to pay €37million (£33m/$41m) for the defender, whose arrival would seemingly end the apparent pursuit of Bayern Munich and Germany defender Jerome Boateng.

“We’re in contact with him but it’s not signed yet,” Tuchel added.

PSG have until the end of the month to solidify a deal for the defender.