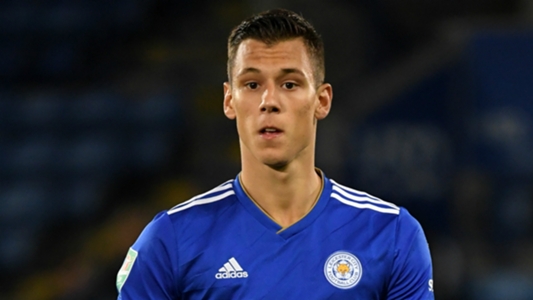 Filip Benkovic has revealed that he decided to join Celtic in search of regular minutes as he aims to eventually break through at Leicester City.

Benkovic moved to the Foxes from Dinamo Zagreb in a reported £13 million ($17m) deal earlier this summer.

However, the Croatia Under-21 international was told that he may not be a regular first-team player, with the likes of Harry Maguire, Jonny Evans and Wes Morgan ahead of him in the pecking order at King Power Stadium.

Benkovic thus told Claude Puel that he would like a short-term move away from the club, and he subsequently decided to join the Scottish champions despite interest from other clubs.

Speaking to Goal , he revealed: “I was in Leicester for three weeks, everything was great, I really have no objections to anything.

“Everyone worried about me, let me know how much they valued me, but, for me, the most important thing was to play. I didn’t want to be at Leicester to be on the bench.

“I talked to the coach, told him how much I respect the club, but I want to go forward day-by-day, and that can only be with games. I’m young, I need minutes and the coach agrees with my decision.”

Benkovic played 28 minutes for the Foxes in their 4-0 Carabao Cup win over Fleetwood Town, and he is aware that he will have to improve his game if he is to become a regular upon his return to Leicester.

“I’m sure I’ve done well, I just want to play as much as possible, so a one-year loan has been agreed and Leicester has the option of me coming back in the winter,” he added.

“There were other options for a loan, one Italian, one Spanish and one German club, but I just wanted to be at Celtic. That is why I think this will be the best preparation for my return to England and the Premier League, I’m so happy with this option.

“My great career goal is to play as many games at the highest level, and that is for sure the English league. I’m aware of how much work I have to put into my game to make progress.

“I want to return to Leicester as soon as possible, but to return with the Premier League standard.”

Benkovic saw his new side beat Rangers 1-0 in the Old Firm derby on Sunday, and could make his debut against St Mirren after the international break.