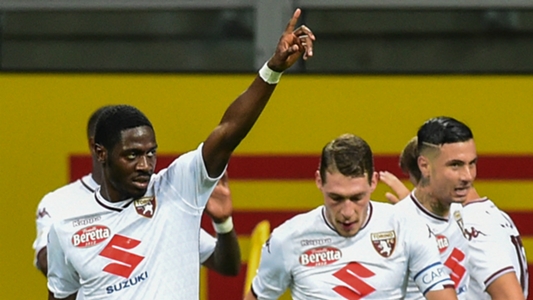 ‘Ola Aina’s goal is to return to Chelsea’, according to agent Emeka Obasi.

Prior to his loan move to Torino in the summer, the young defender signed fresh terms with the former Premier League champions.

Also, his deal with the Serie A side included an option to make the move permanent at the end of his current loan contract. But his agent has said his aim remains to get back into Maurizio Sarri’s team at Stamford Bridge.

“He is very happy with the minutes he has had so far, he hopes to do better and better,” Obasi told Radio Marte.

“He met Sarri in his retreat, his goal is to return to Chelsea.”

Also on the Nigeria international opting for Torino, the agent said Walter Mazzari’s experience in the Premier League eased the decision.

“He had several options, the boy wanted to try something different. He had some offers in the Bundesliga, but he liked the prospect of Italy.

“He chose il Toro because of the strong desire of Mazzarri, who strongly wanted him.

“We knew Mazzarri because he had experiences in England, his call was fundamental when he called him he explained how he would put him in the team and how he would help him to improve.”

Aina was on parade for 77 minutes, playing in a right wing-back role as Torino suffered a 3-1 loss at home to Napoli. Sunday’s appearance was his fifth in Series A since his loan switch.