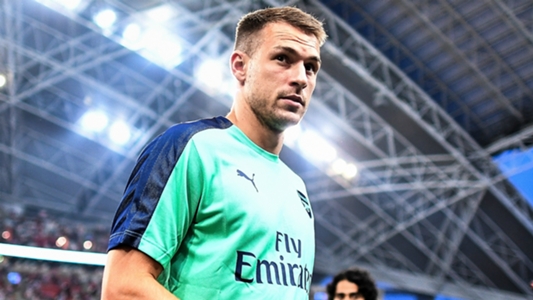 Former Arsenal boss Arsene Wenger believes Aaron Ramsey could still stay at Arsenal, even though he acknowledged the midfielder is now in a position of power as he enters the final year of his deal.

Ramsey this week stressed he will not leave the Gunners in January but talks over an extension have collapsed ahead of his current contract expiring at the end of the 2018-19 season.

The Wales international, 27, was signed when Wenger was in charge in 2008 and the Frenchman was keen to tie down Ramsey’s long-term future before he left at the end of the previous campaign.

However, Wenger accepts Ramsey’s contract situation means he can now come to the negotiating table with a strong hand.

Asked whether he would give Ramsey a new deal, Wenger replied: “We tried that before and it still can happen.

“I don’t really know what’s happening at Arsenal. Sure, Aaron Ramsey is in a strong position now and he will use this position.

“But I don’t know how far Arsenal will go in terms of giving him a huge contract. These things were once my responsibility, but not anymore. I’m happy about that.”