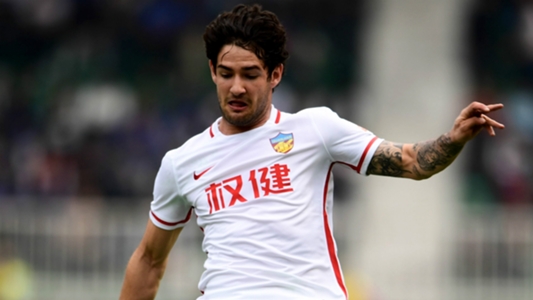 Alexandre Pato has admitted to receiving “some offers from Serie A teams” during his time at Tianjin Quanjian and has refused to rule out a possible return to AC Milan.

The Brazilian striker burst onto the European scene with the Rossoneri following a move from Internacional.

Pato’s career has since taken him to England, Spain and China, but the 29-year-old admits there may be further chapters for him to write in Italy.

A man working on a contract in Asia until December 2019 told Corriere dello Sport: “I’ve received some offers from Serie A teams and also from other European leagues.

“We’ll see at the end of the year. I’m very happy that Leonardo and [Paolo] Maldini have returned to Milan, for them and also for the fans who needed people to be the face of Milan.

“I’ve spoken to Leo a few times, and of course there were some jokes about my possible return to Milan.

“Joking aside though, I have a year on my contract here in China and we’ll see what happens. I receive so many comments every day from Milan fans on social media, from Italy and around the world.

“That makes me happy, and it makes me think that despite some years having passed since I left, the affection from the fans has never gone away.

“Who would I like to play with at Milan? That’s a question I’d ask the fans: with whom would you like to see me play in this Milan?”

Any future move to Milan could see Pato join forces with fellow Brazilian Lucas Paqueta, with the 21-year-old midfielder due to complete a €35 million (£31m/$40m) switch to San Siro from Flamengo in January.

“Paqueta is very good, my advice is to learn Italian quickly and try in every way to do well immediately. The Milan fans are incredible and will love him,” said Pato.