Kepa Arrizabalaga might be the most expensive goalkeeper in the world following his £71 million ($93.4m) transfer from Athletic Club to Chelsea back in August , but it was not all smooth sailing for the 24-year-old earlier in his career.

The Basque shot stopper started his career at Athletic, making a one-and-a-half hour round trip from his home in Ondarroa to the club’s Lezama complex on a regular basis from the moment he joined them at the age of 10.

He was just 17 when he made the bench for the Bilbao outfit, but he needed four years in the lower divisions to make his dream come true and play in La Liga.

Kepa earned the interest of Getafe after lining up for Athletic’s B team as a 17-year-old, but it was Ponferradina that eventually managed to lure him away from Bilbao on a temporary basis.

He immediately made an impact at his new club, and then Ponferradina coach Jose Manuel Diaz, who now works at Real Madrid, was particularly blown away by the determination of the young goalkeeper to take his chance on loan.

“I already knew him from his time with the Under-15s and Under-18s,” Diaz told Goal . “We had also faced him with Bilbao Athletic (the Athletic youth team). I asked for his signing at the beginning of the season, but could not make it happen until the winter transfer window.

“I spoke with him to get him to join the team as soon as possible. I told him ‘if you arrive on Wednesday you will play the next match against Racing Santander’ and he arrived on Tuesday. He is a great professional, even being so young as he was and he still is.

“He is a very nice guy, affable and with very clear ideas. I – and many people [at the club] – knew that he had a great future and we saw it happening before our own eyes.”

A post shared by Kepa Arrizabalaga Revuelta (@kepaarrizabalaga) on Apr 7, 2014 at 4:39am PDT

Kepa became the first Ponferradina player ever to be called up to Spain’s Under-21 squad, and they were keen to renew his loan spell ahead of the following season. However, Athletic opted to send him to Real Valladolid instead in an attempt to speed up his development.

In Miguel Angel Portugal, Kepa had a manager who used him 40 times that season and who had little doubt the shot stopper had a great future ahead of him.

“Kepa played for me at Valladolid,” Portugal told Goal in India, where he now manages Pune City. “He was a big, big goalkeeper. I sent him a message [after he joined Chelsea] that he might be young but that he is ready to play for the best teams in the world.

“I am not surprised [he cost Chelsea £71m]. When you know Kepa, you understand what he is worth. The value of a player is not necessarily the price that a team pays for that player. The price has nothing to do with the player. It is the price that the market sets. 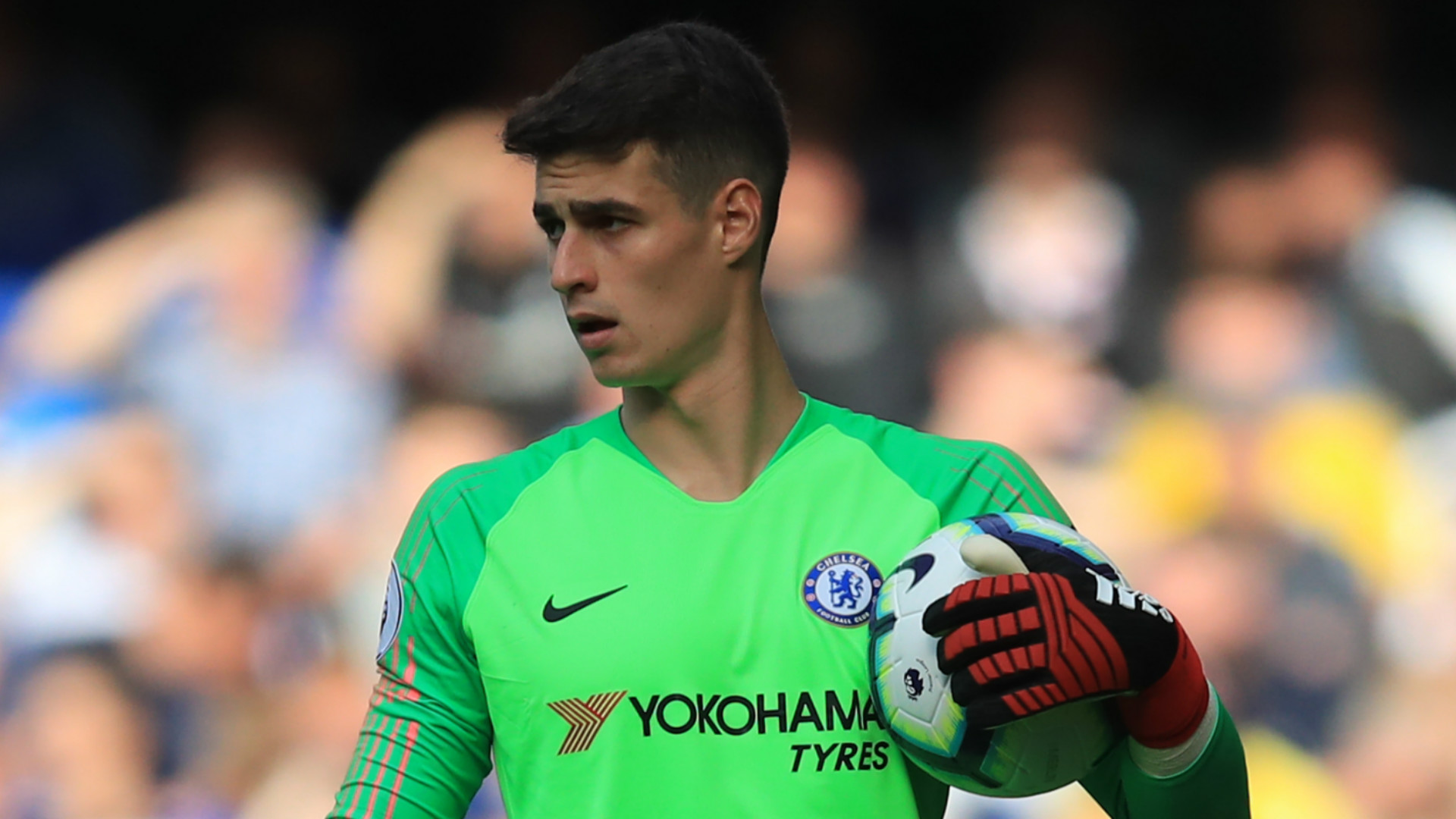 Following his loan spells at Ponferradina and Valladolid, Kepa went on to make his Liga debut for Athletic in September 2016 and quickly established himself as a top goalkeeper.

He even appeared to be on his way to Real Madrid in January 2018, but the deal eventually fell through, with the Santiago Bernabeu outfit then going for Thibaut Courtois instead ahead of the 2018-19 campaign.

His failed move to Madrid meant he played alongside new arrival Inigo Martinez in the second half of last season and the centre-back is confident his former team-mate is here to stay.

“He’s a great goalkeeper. He attended the World Cup while being so young,” Martinez told Goal . “Chelsea signed him for €80m, nobody pays that amount just for the sake of it, but because he is worth it. He is proving it, in fact. He is playing, performing well, winning games. 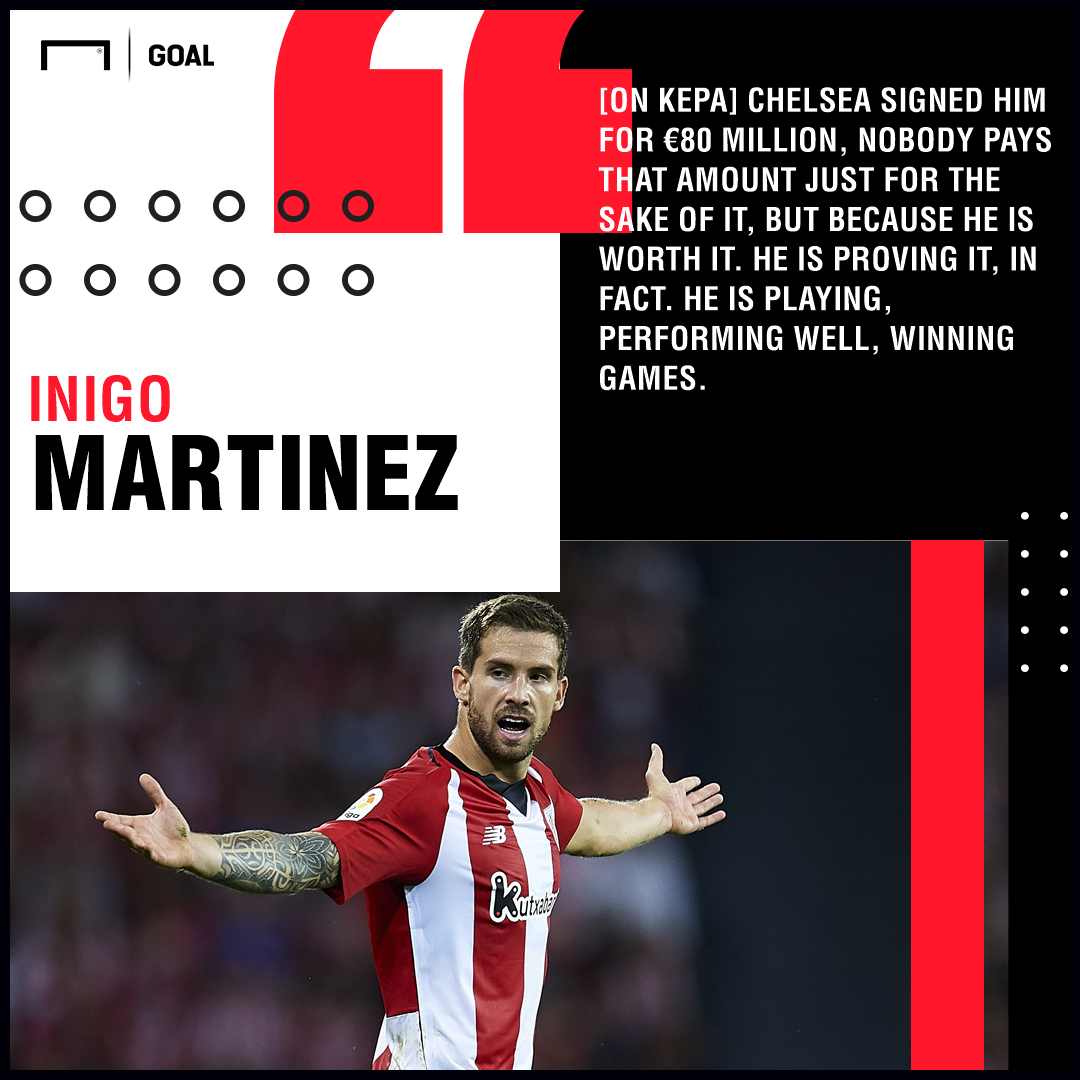 “He has personality, he is a great goalkeeper who performs well with his hands and his feet. Maybe [David] De Gea is ahead of him for Spain now, but we have three great goalkeepers and if one decreases his level, the other will soon take his place. Here not only the goalkeepers, but we all have to give 100 per cent because we all want to be a starter.”

De Gea is now arguably setting the standard for goalkeepers all over the world and certainly in English football. He has been regarded as one of the undisputed best around in the game for quite some time, whereas Kepa had not even started playing in the third division in Spain when De Gea joined Manchester United.

Yet the Chelsea man now finds himself battling his compatriot for the No.1 jersey at the national team as they come prepare to face-off in the Premier League for the first time on Saturday at Stamford Bridge. That feat shows just how fast Kepa’s rise has been.