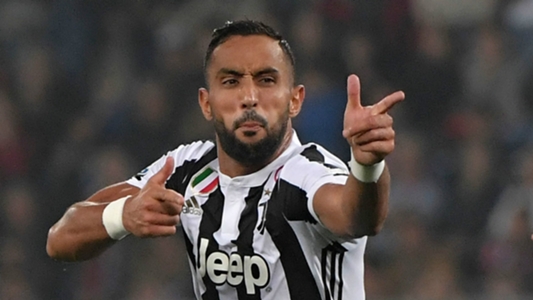 AC Milan are nearing a loan deal for Juventus centre-back Medhi Benatia who has struggled for playing time this season.

Sport Mediaset via Calciomercato reports that Milan could sign Benatia on loan with an obligation to purchase the defender for €15m next summer.

Arsenal and Manchester United are also reported to be monitoring the Morocco captain.

Arsenal have turned their attention to Lille winger Nicolas Pepe following Danny Welbeck’s horror ankle injury, according to the Sun.

With Welbeck expected to spend months on the sidelines, Unai Emery is ready to step up the Gunners’ interest in the £45 million-rated star who is also on Bayern Munich’s radar.

Pepe has contributed eight goals and five assists in 13 Ligue 1 outings this season.

Didier Drogba has drawn the curtain of his football career after Phoenix Rising were defeated 1-0 by Louisville City in the United Soccer League Cup final.

The defeat at the Mark & Cindy Lynn Stadium marked the end of Drogba’s trophy-laden career which included four English Premier League titles, four FA Cups and a Uefa Champions League trophy amongst others.

Check out how his final game went down here on Goal

Equatorial Guinea have called up West Ham United midfielder Pedro Obang for their 2019 Africa Cup of Nationa qualifiers against Senegal.

Obiang, born in Spain, is eligible for Equatorial Guinea through his family as both his parents and grandparents are from the African country.

Crystal Palace have no desire of releasing Aaron  Wan-Bissaka amid reports of interest from Manchester Cty, according to manager Roy Hodgson.

Wan-Bassika has established himself as a regular fixture in the Eagles’ set-up since his first-team debut in Feberuary and his performances have attracted the Premier League champions to track his progress.

But Hodgson, has ruled out any exit for the former DR Congo youth international who penned a four-year deal in April.

The Morocco international has expressed frustration with his limited playing time at the Serie A club and might consider a January exit.

The Gunners face competition from Barcelona, AC Milan and Manchester United who are monitoring the centre-back’s situation at the Allianz Stadium.

Serie A club Torino have requested for Nantes’ permission to give Koffi Djidji on a permanent contract before the end of his loan stint in Italy, according to Calciomercato .

Djidji is on a season-long loan deal at the Stadio Olimpico Grande Torino from the Ligue 1 outfit and the Bulls are yet to lose whenever Ivorian defender is on parade this season.

Torino are ready to tempt Chelsea with a bid to permanently sign Ola Aina in January, according to Evening Standard .

The 22-year-old who joined the Serie A club on a season-long loan in the summer is enjoying life in the Italian top-flight with 10 appearances so far this season.

With Cesar Azpilicueta, Davide Zappacosta and Victor Moses above him in the pecking order, Aina might consider turning out for the Bulls.

Juventus coach Massimiliano Allegri has played down rumours of Medhi Benatia leaving the club in January, insisting that he still has a role to play.

Benatia has been linked with moves to both Manchester United and Barcelona in recent weeks, after the return of Leonardo Bonucci to Juventus has seen his playing time reduced.

The Citizens are pondering a move for the 20-year-old who signed a four-year deal with the Eagles in April as back-up for Kyle Walker and Danilo.

Pepe has been in fine form this season with eight goals and seven assists in 12 games for Lille who are placed second in the Ligue 1 standings.

Newcastle United midfielder Mohamed Diame is set to sign a new contract with the Magpies, according to Chronicle Live .

The Senegalese who joined the Magpies in 2016, has agreed on a new deal with his employers which will be triggered only if the 21-year-old plays a certain number of matches.

AC Milan are eyeing a January swoop for Manchester United centre-back Eric Bailly who has struggled for playing minutes this season, according to ESPN .

The Ivorian defender is yet to play a game for the Red Devils since his last appearance in their 3-2 comeback victory over Newcastle United on October 6.

With his contract set to expire at the end of next season,  talks over an extension of his contract have yet to take place.

Benatia to decide on Juventus future

Juventus centre-back Medhi Benatia is set to evaluate his future at the Italian giants over concerns about his playing time.

Benata, 31, has made just four league appearances and one in the Champions League so far this season, and feels that he needs more regular football at this stage of his career.

Ajax midfielder Hakim Ziyech has disclosed that he will remain with the Dutch Eredivisie side until the end of the season.

Ziyech has been a target for Roma, Everton and a host of European clubs after disclosing his intention to leave the Johan Cryuff Arena in the summer.

However, after being named the Player of the Month for October in the Dutch top-flight, the Morocco international has ruled out an exit in January.

“In January I will not move from here,” Ziyech was quoted by Calciomercato .

The Toffees are looking to bolster their defensive options with the former DR Congo youth international and could allow Ademola Lookman to move to Selhurst Park as part of the deal.

The swap could come as an escape route for Lookman who has been frustrated with his lack of playing time under Marco Silva while Wan-Bissaka has been a regular fixture in Roy Hodgson’s team this term, making nine league appearances.

Torino are planning to hand Nicolas Nkoulou a new contract extension in January to fend off transfer interests, according to Mercato365 .

The Cameroon international who is under contract until June 2020 joined the Serie A club from Lyon in the summer after impressing on loan in the 2017-18 campaign.

And the Bulls are looking to keep the centre-back who has produced fine defensive displays with a new deal.