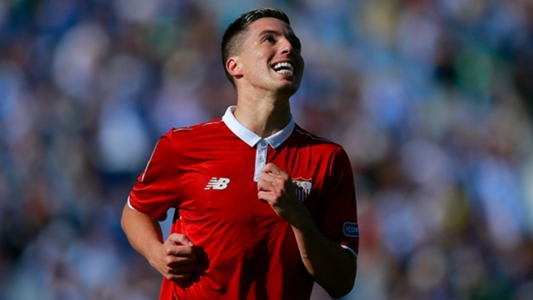 Manuel Pellegrini has asked Samir Nasri to prove he is fit enough to play in the Premier League before West Ham think about offering him a contract.

Nasri, who is returning from a doping suspension after he received a drip treatment in a Los Angeles clinic in 2016, last played competitive football in November last year, for Turkish Super Lig side Antalyaspor.

The former France international has been training with the Hammers in order to build up fitness, with a view to hopefully earning a deal through to the end of the season, which would reportedly be worth £80,000 a week.

But Pellegrini, who worked with Nasri at Manchester City – West Ham’s opponents at the London Stadium on Saturday – has called for patience as the 31-year-old sets his sights on a return to a division he won twice, including under the Chilean in 2014.

“We will see. Samir Nasri is working with us after a long ban. We are giving him a hand to return to football,” said Pellegrini.

“I hope that from now until the end of the year he will be fit. If that is the case we will try to keep him here at West Ham.”

Good news from the Boss:

“Andy Carroll and Jack Wilshere are back in the squad. They worked every day with the squad this week.”  pic.twitter.com/0YgloJO8Bj
— West Ham United (@WestHamUtd) November 22, 2018

Pellegrini was also asked on the future of Marko Arnautovic, who has scored five times in 10 Premier League outings in 2018-19 since arriving from Stoke City.

Arnautovic’s brother and agent, Daniel, has suggested the forward is attracting interest from the likes of Chelsea and Everton, as well as clubs in Serie A, but Pellegrini insists the Austrian is going nowhere.

“He is a West Ham player. He has a contract here and is happy here,” said the manager.

“Players want to always play at the biggest clubs but he won’t be thinking about that. He is happy at West Ham.”