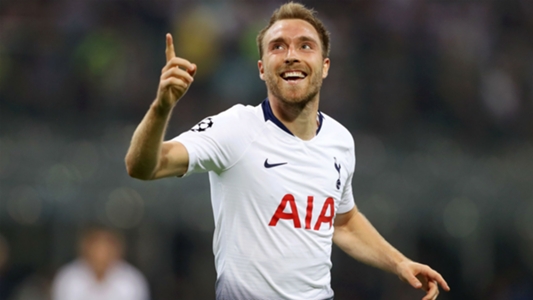 Eriksen has been a key player at Spurs ever since he joined from Ajax in 2013 and the club are eager to tie him down to a new long-term deal.

Media reports suggest the two parties have been in talks for several months, but rumours of tentative interest from the likes of Paris Saint-Germain, Real Madrid and Barcelona have often lingered in the background.

Speculation in August claimed Spurs and Eriksen’s representatives had come to a stalemate in negotiations, but Pochettino seems optimistic about the situation and is adamant the club is putting a lot of effort into discussions.

“He [Eriksen] knows, and we know what we are doing,” Pochettino told reporters on Thursday.

“I am not worried, but I prefer he is going to sign a new contract and stay a long time with Tottenham.”

Eriksen’s team-mate Dele Alli attracted headlines during the international break when he was purportedly filmed drunk in the lobby of a London hotel during the early hours of the morning.

In the video, Alli – who was accompanied by England team-mate Ross Barkley – appears to have an argument with hotel staff, but Pochettino is not concerned, convinced neither player has done anything untoward.

“We create a problem when there’s not a problem. I defend and back the player in that situation. It’s a video. Today that is completely unfair [to film them].

“It’s difficult to understand the people doing that. I back them, Dele and Ross Barkley. For me, it’s not a point to discuss. For me, no comment. I think it’s nothing that we need to talk about.”