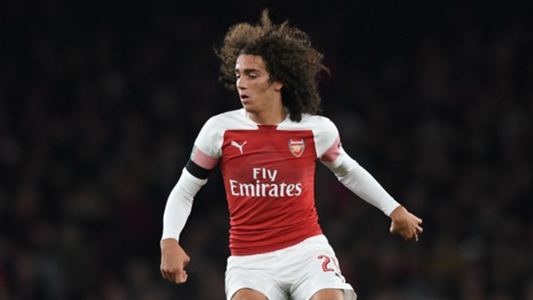 Arsenal head of recruitment Sven Mislintat believes the signing of Matteo Guendouzi in July showed the world that the club have become ‘the old Arsenal again’.

Guendouzi, 19, arrived at the Emirates for an undisclosed fee in July, with many expecting the France youth international to play the majority of his football with the U23s this season.

However, the classy midfielder impressed newly appointed manager Unai Emery with his performances in pre-season and has played a huge part in Arsenal’s season so far, making 19 appearances to date.

Former Dortmund scout Mislintat says he first spotted Guendouzi playing for Lorient in Ligue 1 and believes his signing has shown the world that Arsenal are a team that give young players ‘a real chance’.

“I saw him (Guendouzi) play in Lorient when the club was still in Ligue 1,” Mislintat told Die Zeit.

“I like this club, you always find interesting players there.

“Guendouzi attracted attention with his long hair and his personality but my interest is also the weakness of a player. Can you stop them?

“Matteo ran inexpedient over the whole field but for me one thing was clear: It’s just a matter of time to break with that habit.

“For us, the transfer of this 18-year-old boy was an important signal to show the world: We are the old Arsenal again, who give young players a real chance.”

Mislintat took up his role with Arsenal in November 2017 and was responsible for the signings of Pierre-Emerick Aubameyang, Bernd Leno and Lucas Torreira among others.

Emery’s side are currently fifth in the Premier League table on 31 points but are unbeaten in their last 20 matches, having not lost since their first two games against Manchester City and Chelsea.

In the absence of fellow Arsenal midfielder Granit Xhaka, Guendouzi played all 90 minutes of the Gunners’ 2-2 draw with Manchester United on Wednesday and was involved in a controversial incident with Red Devils’ midfielder Marouane Fellaini, who appeared to pull the Frenchman’s hair.

Next up for Emery’s men is a home match against Huddersfield Town on Saturday.