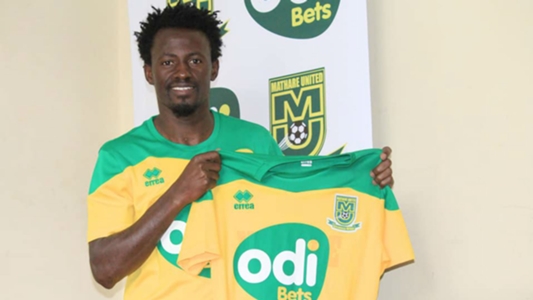 Kimani penned a two-year deal with the ‘Slum Boys; after he was deemed a surplus by Sofapaka. “We are glad to confirm that Kevin Kimani has rejoined the club on a two-year deal from Sofapaka,” Mathare United confirmed in a statement.

Kimani returns to the club for a second stint having won the Kenyan Premier League Player of the Year gong in 2011.

This will also be the second time he will be working under Coach Francis Kimanzi: “I think the feeling is mutual, both the club and I are happy to reunite. I have already settled in because I understand the style of play. Having worked with coach Kimanzi before, it has been very easy to blend in. He knows very well what I can offer,” said Kimani.

He is expected to form a three-prong attack alongside Cliff Nyakeya and Clifford Alwanga who scored 24 goals between them last season.

Mathare United are expected to kick off their 2018/19 KPL campaign against Chemelil Sugar at the Moi Sports Centre, Kasarani on Saturday.