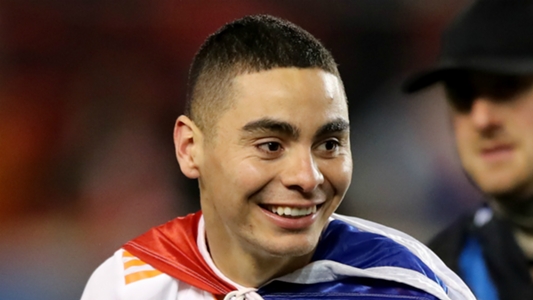 Newcastle United did not make a £15million bid for Miguel Almiron as has been reported, according to Rafael Benitez.

Atlanta United star Almiron is set to face Portland Timbers in the MLS Cup on Sunday having hit 13 goals in their run to the final.

Reports have claimed Newcastle, again the subject of takeover talk, are keen on a January move for the Paraguay international, tabling a £15m offer.

Atlanta president Darren Eales described the suggestion Almiron could leave on loan as “laughable” while saying the 24-year-old would not be allowed to depart for “chump change”.

And Benitez, who highlighted West Ham’s spending after his team went down 3-0 to Manuel Pellegrini’s side in the Premier League on Saturday, also dismissed the Almiron speculation.

He told reporters on Friday: “I don’t talk about players, but I’ve heard that someone has said we made an offer and after, we said: ‘No, we didn’t make any offer’.

“We don’t talk about players. If we make an offer, they will know, we will know and not necessarily the press will know.

“At the moment, there is no news and we carry on with the players that we have trying to do our best for the next game.”

Defender @PaulDummett took part in training after recovering from a hamstring problem and could come back into contention for the weekend.

Newcastle host Wolves on Sunday seeking to get back to winning ways after the West Ham loss was followed by Wednesday’s 1-1 draw at Everton.

Kenedy is available after recovering from a toe injury with Paul Dummett in contention to make his first appearance since mid-November, but Fabian Schar has been ruled out.

Benitez added: “Kenedy’s fine – he was training today. He had a problem with his nail but he is okay. Today, he has been training. He has been with the physios and doctor, and everybody has been working really hard trying to keep him fit. Hopefully, he can train again tomorrow and then he will be available.

“We have lost Schar, but we have [Matt] Ritchie back, and the rest of the players. Dummett has been training. If he’s training tomorrow without any problem, then he is another option. We will see.

“Match fitness is always the key – it’s not just that you train, it’s how you train and if you can keep the tempo of an official game. We have a lot of bodies. There is good competition, and there are good problems for me.”