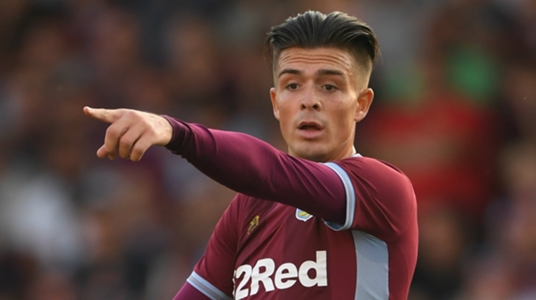 Jack Grealish claims speculation regarding a possible £25 million ($32m) transfer to Tottenham “didn’t bother” him at all, with there no frustration on his part at having missed out on a move.

The 23-year-old midfielder emerged as a target for Spurs late in the summer window.

Mauricio Pochettino was reluctant to make too many changes to his squad, but he was open to the idea of adding another creative influence to his ranks.

He was to be left empty-handed, with no deals done before the deadline, and Grealish went on to commit to a new five-year contract with Villa in September.

“The speculation was difficult to deal with because every young player wants to play at the top, especially when it’s a team in the Champions League,” the former England U21 international told Sky Sports.

“But when it didn’t happen, it didn’t bother me at all, because my dream as a kid was to play for Aston Villa and I would never ever take that for granted, so I got my head down and now hopefully I can get this club back to where it belongs.”

Grealish has remained a regular for Villa this season, taking in 21 appearances across all competitions, and has helped them to start climbing the Championship standings.

Four wins in their last five outings have carried them to within touching distance of the play-off spots – with the club having tasted promotion heartache down that route at Wembley last season.

Grealish is “happy” to be playing his part, with confidence having returned to the Villa ranks since boyhood supporter Dean Smith took the reins in October.

He added: “I’m playing for my boyhood club, I’ve got a great manager who believes in me.

“If you look at our recent performances, we’re a team on the up and hopefully we can get back to the dreamland, which is obviously the Premier League.”

Grealish has netted two goals for Villa this season, with the most recent of those coming in a thrilling 4-2 derby victory over arch-rivals Birmingham City.