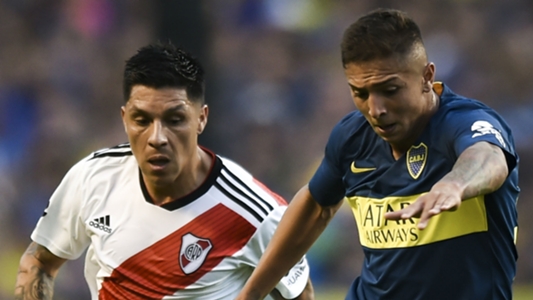 River Plate star Enzo Perez is closing in on a move to a club in Japan, Goal understands.

Though the club has yet to be confirmed, it is believed that the 32-year-old will play his final match for River in Sunday’s Copa Libertadores second leg at the Santiago Bernabeu in Madrid.

The 32-year-old joined River in the summer of 2017 from Valencia and has become a key figure as the Millonarios have made a memorable run to the final of South America’s top club competition.

Perez started the first leg of the final against Boca, which ended in a 2-2 draw, before an incident ahead of the second leg at River’s home ground resulted in the final being moved to Europe.

The midfielder does also have offers from teams in Mexico, though it is understood that none of those proposals match the financial terms on offer from Japan.

The Argentina international nearly made a return to Portugal in the summer, where he represented Benfica from 2011 to 2015.

Sporting CP made a push to sign Perez in August but the midfielder hesitated and by the time he had decided to make the move, the Portuguese side had already moved on.

Perez has made 29 appearances for Argentina since making his debut in 2009.

The midfielder has made three appearances for the Albiceleste in each of the past two World Cups, starting the final in 2014.