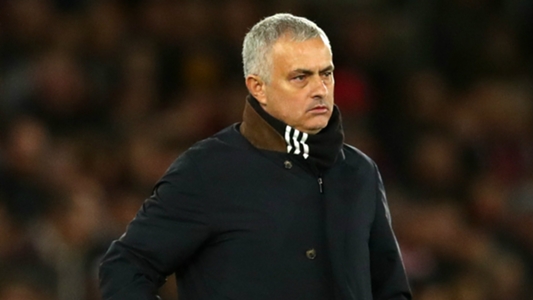 The Red Devils boss is said to be under pressure at Old Trafford as his side continue to struggle in the Premier League.

United are without a win in four league games and already sit 18 points behind leaders Manchester City.

A report from The Sun on Friday claims the United hierarchy have decided that Tottenham boss Mauricio Pochettino has been settled on as the only candidate they want to replace the 55-year-old.

However, the Portuguese’s agent says there is no chance of his client moving on any time soon and insists.

“Jose is very happy at the club and the club is very happy with him. He has a long-term contract with Manchester United and is fully committed to the club in building a solid winning project.”

Mourinho has been left frustrated by his team’s transfer policy this season and raised the issue again this week when he complained: “Every team got better and we didn’t. The distance [between us and the top four] is something I couldn’t predict.”

Although the ex-Real Madrid and Chelsea boss insists he did a “fantastic job” by guiding his team to second place in the English top flight last term, his side are already falling short in the race for the top four this time around.

Heading into Saturday’s game against bottom side Fulham, United are eight points behind Arsenal, who occupy the final spot for a place in next year’s Champions League.