There is little doubt that Real Betis full-back Junior Firpo has been one of the revelations of the season in La Liga.

The 22-year-old Dominican Republic-born player was only handed his first-team debut in February but he has quickly made himself at home and has attracted the interest of many of Europe’s top clubs.

Having spent the first half of the 2017-18 season with the ‘B’ team, he was promoted to the senior squad for a Primera Division encounter with Deportivo La Coruna and provided the assist for the only goal of the game.

A week later, he was handed another start, this time against Real Madrid, and another assist followed, albeit in a 5-3 defeat.

“I still can’t believe I played in that match,” he said in the aftermath to El Decano Deportivo.

Until he sustained a ligament injury a fortnight before the end of the season, he played every minute for the Seville side, showing formidable versatility by turning out as a defender and a midfielder on the left, while also starting four games as a centre-back in a three-man rearguard.

“Dani Carvajal seems like a good player to mirror my game on: he attacks, defends and is very intense,” he said. “He’s what I’d like to become someday… And in the 2010 World Cup I really liked Brazil defender Michel Bastos because he was a winger turned into a full-back. These are my references.”

After a rather slow start to the new season, he has burst back into consciousness thanks to three goals in four matches. Indeed, he particularly stood out in Betis’ stunning 4-3 victory over Barcelona at Camp Nou, opening the scoring then providing the assist for Sergio Canales to score that proved the winner. 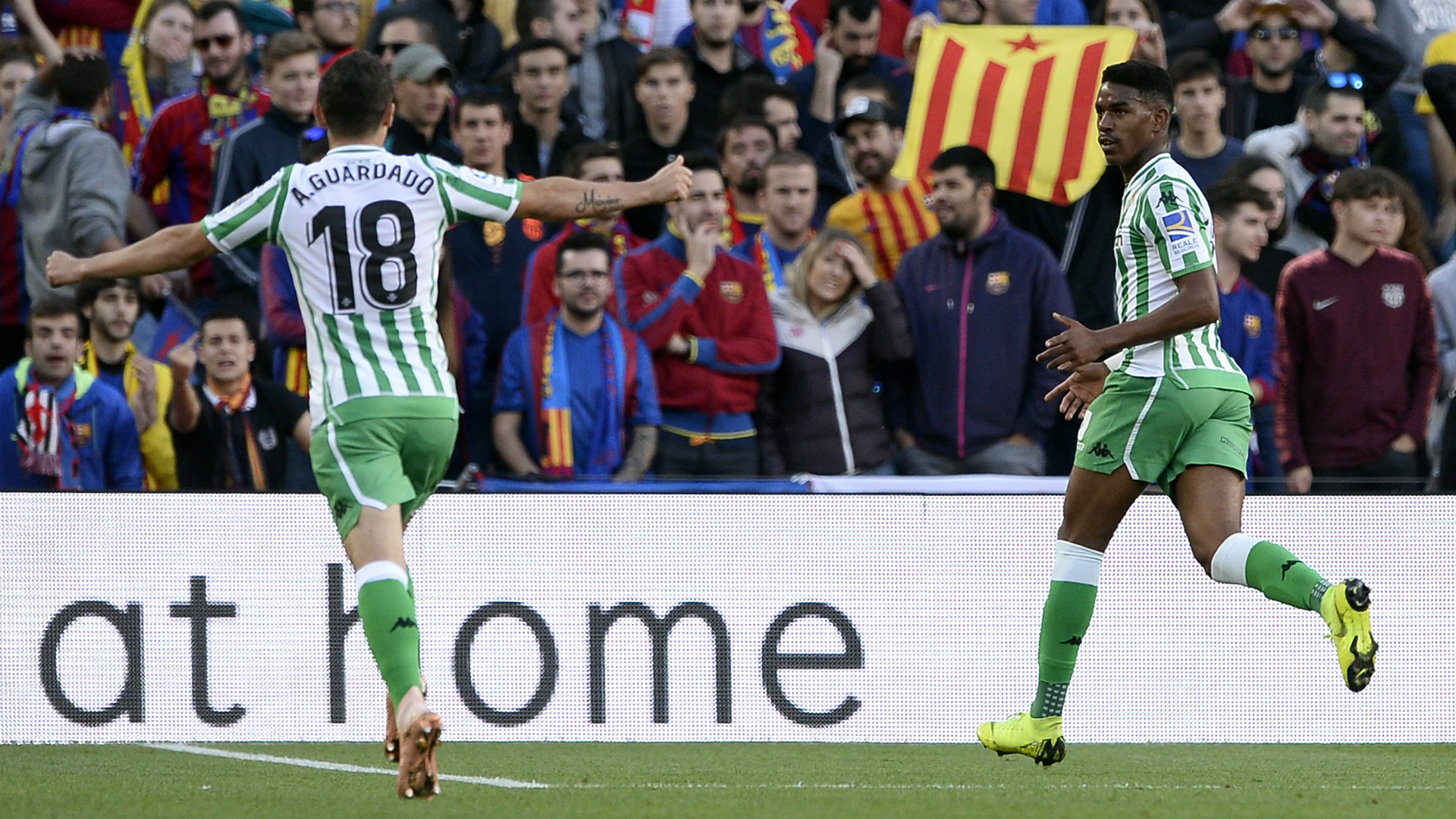 A glut of clubs have taken an interest in the rangy runner, whose desire to get forward makes him ideal as an attacking left-back or wing-back. Indeed, he has admitted that his defensive work is not entirely polished as he must improve his positional sense.

Arsenal and Manchester City have both been linked with a potential swoop, but perhaps more realistic is the interest coming from Newcastle and Crystal Palace on a player who has a release fee of €50 million (£45m/$57m) written into his contract.

Firpo, meanwhile, has committed his future to his current employers, signing two new deals in 2017 and yet another in 2018, and indicating that he enjoys the lifestyle in Seville.

“My thoughts are now with Betis and I am very happy in Seville,” he told Real Betis media.

“My girlfriend is pregnant, we are going to have our child here in Seville, I am close to my family and my parents who are from Malaga – that is where I grew up.

“And Seville as a city, today in December with 18- or 20-degrees Celsius training, it is a marvel. Betis fans should be relaxed – I am very happy, calm and I want to continue here for a long time.

“It is true that there is interest from other clubs, but this does not concern me.”

CAN JUNIOR FIRPO PLAY FOR SPAIN?

As for his international future, that would appear to lie with Spain, despite the fact he has turned out with the Dominican Republic national team once in 2015 against a Brazil Under-23 side and that he became the first player born in the country to play in La Liga.

Indeed, his entire education in the game came since moving to Malaga aged seven.

“When I arrived in Spain, I didn’t know what football was,” he said, having pointed out that baseball and basketball are the two crazes in the Dominican Republic. “My father pointed me towards football to make friends at school.

“I had problems integrating at school because I was very shy. My father’s friends told him to sign me up for football. In the first few months I used to go home crying because I didn’t like it, I didn’t know how to play.

“I had to see a lot of my first coach, whose name is Vera. He integrated me very quickly and taught me how to play. And in the end, I loved it and it’s what I do!”