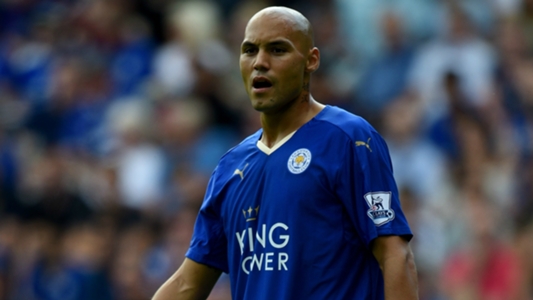 Yohan Benalouane has joined English side Nottingham Forest from Leicester City on an 18-month contract for an undisclosed fee.

On Monday, the Reds announced Martin O’Neill as the new manager following the departure of Aitor Karanka and he has made the 31-year-old his first signing in his quest to boost his side’s promotion at the end of the season.

Reacting to the move, the former Atalanta player is looking forward to working with the new gaffer and hoping to improve under him.

“I spoke with him before and he is a really nice man. He is a person who knows what he wants, that is important and it is an honour to work for him,” Benalouane told club website.

“He is a big personality in England and with this club. Everyone knows him so I can’t wait to work with him because I think I will learn a lot him. If I can improve every day then that can only be good.

“I am really happy. It is a big club with a big history so I am really proud to be here. we can do something important with the team.

“I know it is a big club. There are great supporters and I have been told about this club. Honestly, I am really happy to be here and we can achieve something together.

“It is a tough league. It will be important to get the results and the team have the quality to have a good end to the season. With the new manager, I hope we can work in the right way and hopefully we can do something positive together.

“I have been in England for four years, I have played many games here so I know the country, I know the mentality and that I think is important.

“I know the language and that is really important to be able to communicate with players in the team. That is why I think it is a great opportunity for me and, I said before, I hope to do something positive with the team.”

The 31-year-old joined Leicester City in August 2015 and made 16 Premier League appearances.

Forest, ninth in the league standings with 39 points from 27 games play host to Bristol City on Saturday and Benalouane could make his debut in the encounter.