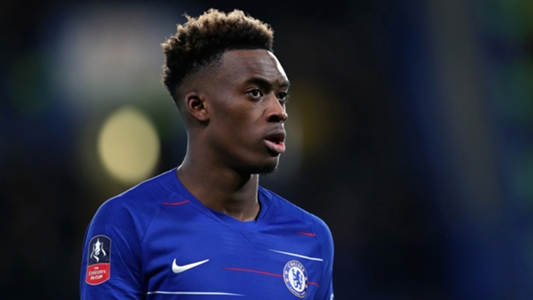 Bayern Munich’s David Alaba sees his club’s interest in young players such as Callum Hudson-Odoi as proof of their potential, though he does not believe that will be the only players targeted by the  Bundesliga champions in the transfer market.

Eighteen-year-old Chelsea starlet Hudson-Odoi was the subject of concrete Bayern interest this January, with the Bundesliga club submitting multiple bids for the teenager.

The Blues refused to sell, however, with even a transfer request from Hudson-Odoi in hopes of forcing a move to the Bundesliga champions unable to get the winger an exit from Stamford Bridge.

Bayern have said they will return for Hudson-Odoi in the summer, continuing a trend of the club trying to reduce their average age with the likes of veterans such as Franck Ribery and Arjen Robben set to make their exits.

Teenage Canada star Alphonso Davies also joined from the Vancouver Whitecaps this window, while Hamburg’s Jann-Fiete Arp is also set to land at the club this summer, and Alaba sees it as a sign of the talent these young players possess that Bayern are after them.

However, the Austria international also believes they are just part of the plan, with the club likely to target more established options as well.

“For sure these are all great talents,” Alaba said. “Our scouts see the potential in these young players to help us in the future.

“But I don’t think that the focus will only lie on signing young players.”

The focus on bringing in young talent to the club has occurred under the watch of sporting director Hasan Salihamidzic, who took up the position in July 2017.

Salihamidzic has come into focus more in recent weeks for his public comments regarding Hudson-Odoi as well as his recent defence of Robert Lewandowski following criticism from former Bayern player Dietmar Hamann.

Alaba sees that as a natural progression for Salihamidzic and approves of the job he’s doing, trusting that the sporting director’s experiences as a player have given him a strong foundation.

“In his first season he had other things to do,” Alaba said. “Now that’s kind of routine for him and he gets more and more tasks. He makes a very good job and settled very well.

“The communication between him and us is very regularly. He knows when he has to intervene. If he has something to say he approaches the players and searches for a chat.

“You realise that he has experience [as a player]. He’s able to see things from a player’s point of view very well.”