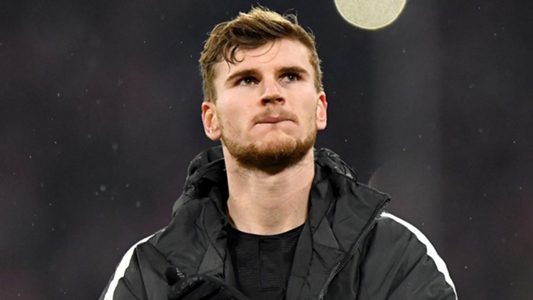 Naby Keita is hoping for a reunion with former RB Leipzig teammate Timo Werner at Liverpool.

Both players joined the Bundesliga side in the summer of 2016 and were significant in the immediate rise of the Bulls in Germany, and Europe.

Keita’s impressive performances forced Liverpool to part with a hefty fee for his services, while Werner has gone on to become a sought-after striker and Germany’s first-choice no. 9.

With Liverpool evaluating alternative options for their fearsome attacking trio; Roberto Firmino, Mohamed Salah and Sadio Mane ahead of the summer transfer window, the 22-year-old has been a name often mentioned – with Jurgen Klopp reportedly a big fan of his skillset.

His former teammate and ‘best friend’ is, however, willing to lure him to join the Anfield outfit.

“We played very well together in Leipzig, and he was one of my best friends there,” Keita said, per ESPN.

“It’s clear: if he’ll be on the move, I’ll ask Timo to join us here at Liverpool.”

Mane also has signalled to Werner to come join him and Keita on the Merseyside.

“I’d advise him to join Liverpool. I like his style of play. Very forceful, good finish, always giving it 100 per cent. If he wants to join us, we’d welcome him to our team,” Mane said.

“When it was clear that Naby would join us, I often watched Leipzig matches. But to be honest: It was dreadful for me at the start. Naby saw quite a few red cards. I then asked Kevin Kampl, my friend from our time at RB Salzburg, why Naby always got sent off. He didn’t know. Naby missed some important games and I could watch other players more closely. And Timo stood out.”