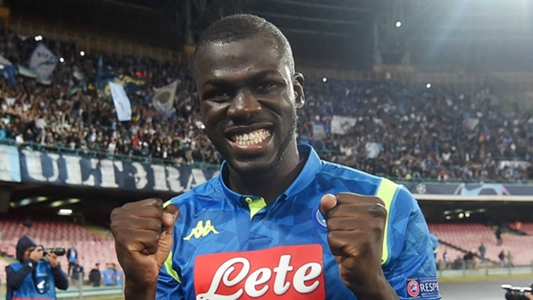 Manchester United are prepared to splash £90m to sign Napoli centre-back Kalidou Koulibaly in the summer, according to The Sun.

The Red Devils reportedly had their top scout to watch the Senegal international in action against Fiorentina at the Artemio Franchi Stadium last Saturday.

Football London reports that the nature of the move is unknown yet but the Royals are looking to complete the transfer soon for manager Jose Gomes to continue his squad’s clear-out.

Aluko joined the Madjeski Stadium outfit from on club-record deal in 2017 and still has two and a half years left on his contract.

Atletico Madrid are keen on bringing Wolverhampton Wanderers midfielder Romain Saiss to the Spanish top-flight in the summer, according to Lions de Atlas.

The Morocco international has featured sparingly in the Premier League this season, playing 13 matches for the Wolves and scoring a goal each against Fulham and West Ham United.

The report stated the Saiss received an offer that was four times his current wages at the Molineux Stadium from an unnamed Saudi club.

Levante forward Emmanuel Boateng to set to join Chinese Super League side Dalian Yifang this month, according to Football Espana .

The Ghana international will take on a new challenge in China having struggled for form this season, scoring just a goal in 16 league outings.

Boateng joined Paco Lopez’s men in August 2017 and scored six goals in his debut La Liga season which included a hat-trick against Barcelona last May.

Tottenham Hotspur had scouts at the Stadio Atleti Azzurri d’Italia to watch AC Milan midfielder in action in their 3-1 win over Atalanta on Saturday.

TMW claimed that Saturday’s scouting mission was the second from London for the Ivorian midfielder who has been in outstanding form for the Rossoneri this term.

Premier League rivals Chelsea are also interested in having Kessie in a swap deal for Tiemoue Bakayoko.

Arsenal and Manchester United have shown interested in signing Porto’s Yacine Brahimi who will be out of contract in the summer, Correio da Manha reports.

Brahimi joined the Dragons in 2014 and has established himself in the team with 45 goals in over 170 matches.

Several clubs are lining up for his services but Everton are reported to be leading the hunt with a bid on the table to take the Algerian playmaker as a free agent in June.