Speaking after Manchester City’s emphatic 7-0 victory over Schalke in the Champions League on Tuesday night, Pep Guardiola has warned that “it won’t be possible” for the Citizens’ winning run to continue if key players do not return from injury soon.

Following EFL Cup glory, the Manchester club are still competing for the Premier League title, the FA Cup and – perhaps most importantly – the UEFA Champions League, and Guardiola will be reliant on squad depth to ensure that fatigue does not get the better of his players as they approach the home straight of the 2018/19 campaign. ?Man City face ?Swansea in the FA Cup this weekend, while ?Premier League rivals ?Liverpool will face Fulham at Craven Cottage in a league fixture; knowing that a win for the Reds will see them reclaim top spot.

With the Citizens expected to overcome the challenge of second-tier Swansea in the FA Cup, they will likely face further fixture congestion next month, which the City boss has identified as a key time in their season during which a fit squad will be essential.

“We want to continue this run, especially in April, but we need players to come back fit”, claimed Guardiola (quotes via by ?Goal).

Should City progress to the semi final of the FA Cup they would play a total of eight matches in April, including games against ?Tottenham and ?Man Utd as well as a two-legged ?Champions League quarter final tie. 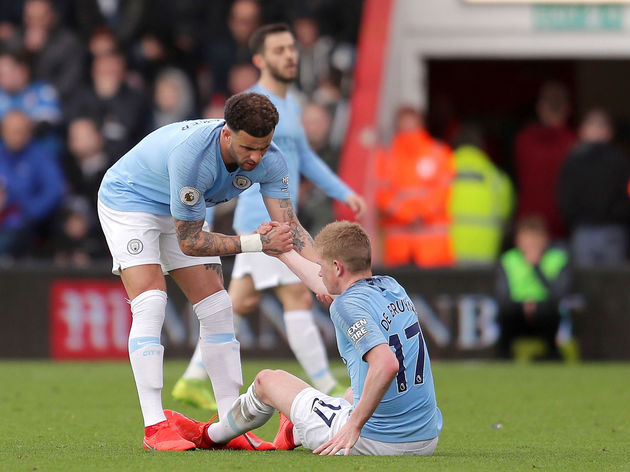 ?Kevin De Bruyne and ?Fernandinho, who were both formidable in City’s title winning season last year, are currently sidelined through injury. Last season saw them win the Premier League with 100 points, as well as picking up the League Cup.

Their ability to improve on this in the current campaign will likely be determined by getting the two midfielders back fit and playing their best.