Borussia Dortmund travel to Hertha Berlin in the Bundesliga on Saturday as they search for their first title since 2012.

Dortmund have stumbled recently as rivals Bayern Munich have overtaken them at the top of the table. Having also crashed out of the Champions League last 16 in a 4-0 aggregate defeat to Tottenham, they will hope their recent 3-1 win against Stuttgart will inspire some form at the last hurdle, as the season draws to a close. Check out 90min’s preview for Saturday’s game below:

Axel Witsel’s pulled hamstring rules him out of action this week, although he is not expected to be out for long. He joins Lukasz Piszczek and Maximilian Philipp on the treatment table, who are suffering from heel pain and a ruptured knee ligament respectively. 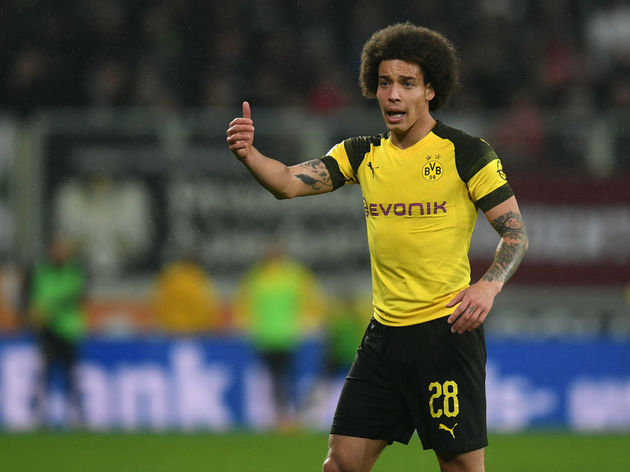 ?Dortmund have not had great success against Hertha in recent years, winning only once in their last six matches played in normal time.

Four of those have been draws, including the 2-2 home match played earlier this season in which English youngster Jadon Sancho bagged a brace but was denied the three points courtesy of a late equaliser by ex-Chelsea forward Salomon Kalou.

Dortmund are on a poor run of form, losing three of their last six and allowing ?Bayern to overtake them at the top of the Bundesliga. Two of those losses were in the Champions League against ?Tottenham, but a loss and a draw away to Augsburg and Nurnberg have damaged their title hopes, and makes their chance of an away victory this weekend slightly more improbable. Hertha have identical results to Dortmund over the same period, and find themselves comfortable in mid-table.

Here’s how each team has performed in their last five fixtures:

This is a must-win game for Dortmund if they aspire to win the Bundesliga this season. Having been knocked out of the DFB-Pokal and now the Champions League at the round of 16, Dortmund have no distractions and must attack every game with the same energy and tempo that they started the season with. Dortmund’s form away from home has been particularly poor however, and this is certainly no easy fixture. Witsel’s injury is a blow, but expect the likes of Marco ?Reus and Sancho to get the job done this weekend, as Dortmund try to take the title race to the wire.