?Liverpool defender Virgil van Dijk has suggested that Dutch side Ajax could make for tricky potential Champions League quarter final opponents ahead of the draw on Friday.

The 27-year old has talked up the sole representatives in the competition from his homeland, stating that the Reds may want to avoid the Amsterdam club in the next round of the competition, following the Eredivisie side sealing their progression with a 5-3 aggregate victory against defending champions Real Madrid in the last 16. Van Dijk also gave his prediction for the draw whilst speaking to Veronica TV (as reported by ??the Metro) after scoring in his team’s 3-1 victory at ?Bayern Munich, which confirmed ?Liverpool’s place in the last eight. 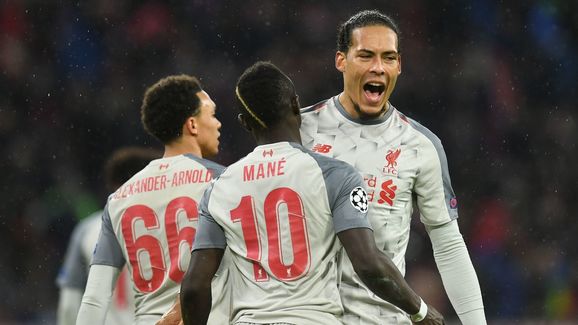 The Liverpool number four has played 37 times in all competitions this season, scoring four goals in the process, including his header which gave Liverpool a 2-1 lead in Munich – which between two ?Sadio Mane strikes – sealed an impressive victory at the Allianz Arena.

During last season’s quarter finals, Liverpool did draw English opposition, with Jurgen Klopp’s team cruising past ?Manchester City 5-1 on aggregate on their road to the final in Kiev.