?Brighton manager Chris Hughton admitted he was delighted with his side’s response after their midweek defeat to Cardiff to secure a vital point in ?their goalless draw against Wolves on Saturday.

Despite being second best for large portions of the game – which saw Diogo Jota hit the woodwork twice – the Seagulls held on to end a run of four successive Premier League defeats.

Speaking after the game, Hughton praised the manner of his team’s performance, with them keeping their seventh ?Premier League clean sheet of the season the most pleasing aspect of the draw. 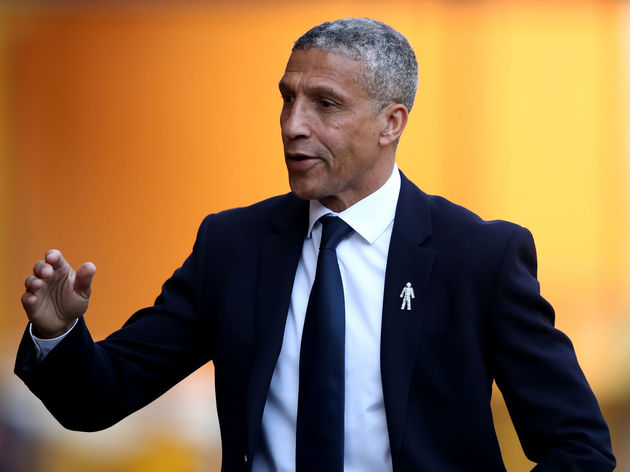 “It’s hard coming here as they’ve got so many good footballers. You know if you open up too much, they can hurt you. We could’ve been better with our link play, the times that we broke.

“But we knew it would be difficult and we knew if we could keep a clean sheet we gave ourselves a chance.

? That’s what we call a hard-fought point!

? Big fist bumps from Ryan and his back four as the whistle goes, onto Tuesday in the capital! #BHAFC ? pic.twitter.com/4K9hCRgOhb

“The feel in the changing room considering what happened [against Cardiff] was okay. For long periods, we’ve been okay in the division and we’re on the back of two defeats that hurt us, and people questioned our confidence.

“But you can’t become a bad team overnight. This has hopefully set us up for what will be another four difficult games.”

The point for ?Brighton sees them remain in 17th place on 34 points, but opens up the gap between themselves and ?Cardiff – who occupy the final place in the relegation zone – to three points. 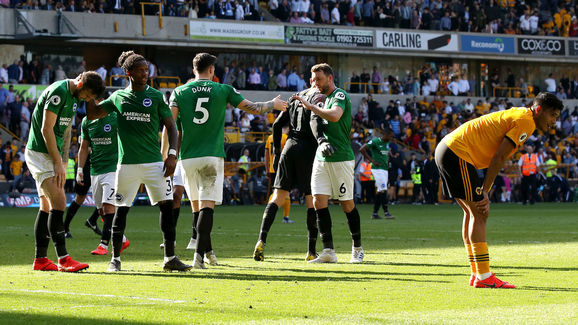 The Seagulls failed to record a shot on target during the game, as they seemed content to sit in and frustrate their hosts, with Hughton revealing it was imperative to get something at a ‘hard place to come to’ in Molineux.

Been tough recently but credit to you supporters for sticking by us through thick and thin, it doesn’t go on unappreciated ??. A massive point we’ll look to build on to get safe. Onto Tuesday. pic.twitter.com/am5EFoAN7O

“We’ve been on the back of two very big defeats, especially the last one that hurt us against a team close to us in the division. Amongst that hurt we wanted to see a reaction.

“There’s a bit of relief as not many people would’ve expected us to get a result at a hard place to come. We have and now we need to build on this.”